It is my first art exhibition opening of the year. And it will be my last. The lockdown is back again – this time in a „light“ version. It is supposed to be a calories reduced alternative to the full shutdown in March. It is for the second time that we have to renounce exhibitions, cinemas or theatres, meeting with friends and the weekly circuit training. The grey weather of November feels even darken than it is (even though this November is extremely sunny). And still there is something that makes me feel humble in the face of the fate of another person. I am talking about yesterday’s opening of the exhibition of Dariush Farazi in Braunschweig.

Keeping the distance
The hygenic concept of the evening shows that exhibitions can take place even in times of Corona infection-free: In order to participate one has to register in advance. The participants are devided into two groups in order to keep each other’s distance of at least 1.5 metres. Upon arrival personal data is taken. Windows are wide open in order to expell aerosole and everybody is wearing a mask, of course.

The first opening is still in course when I arrive. I take a look around and discover the first pictures of Dariush, who’s real name is Eman.

Life gone with the wind
When the introduction starts four person are on the stage: Monika Döhrmann, Franziska Ruth, Dariush the artist and his beautiful wife Nitshtman Adollahi. Dariush is 33 years old and comes from Iran, more specific from its capital Teheran. He fled from the dictatorial regime twice as I learn later from an article of the house magazine „Mamma Mia“.

When Dariush starts to talk about his life – translated by his wife – I realize who modest and friendly they are, very sympathetic. Dariush begins with today’s earth quake at Turkey and Greece. Refugees are supposed to be among the victims. He himself stayed for several months at a refugee camp called „Diavata“ at Thessaloniki. The exhibition does not show any press pictures but photos taken by somebody who is involved. They show the perspective of the Iranian onto the situation within the camp. The conditions are pathetic. Dariush himself stayed for three months with only cold water in a tent – in winter time!

Dissidents are being executed
On a picture that the calls „life taken by the wind“ refugees are shown who protest against the conditions of the camp by setting car wheels on fire. And not only there the living conditions are unbearable. Dariush tells us why he fled from Iran: about 3.000 people are kept in prisons and only one month ago well-known athlete Navid Afkari has been executed.

Hopeing for the future?
Dariush and his wife live in Braunschweig. They are hoping for a better future. His pictures which have been taken with his handy camera at the camp are partly black and white. Despite his experience the pictures taken are not hopeless there are rather an inventory of what is going on and how refugees are being treated within Europe. The setting is depressing and still Dariush and his wife sent out thankfullness and give the impression of being modest and friendly. My „corona-sorrow“ seems to be so null and void in the face of this touching life story – at leasst for a while. 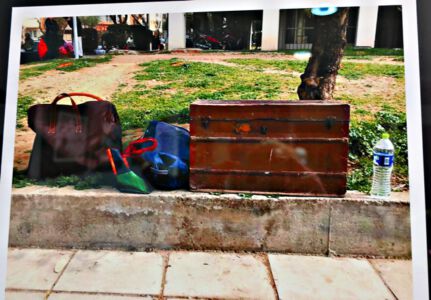 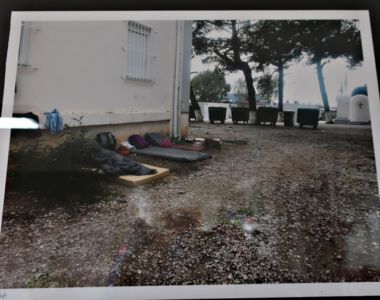 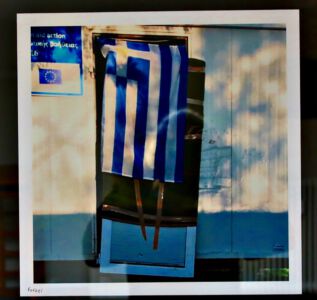 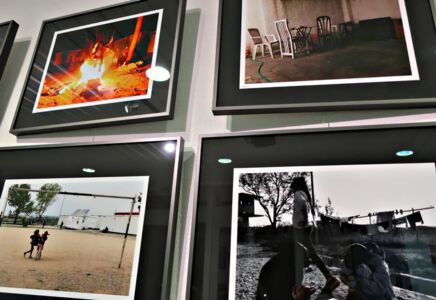 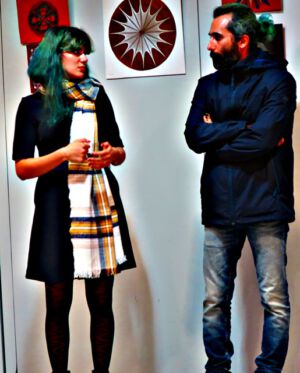 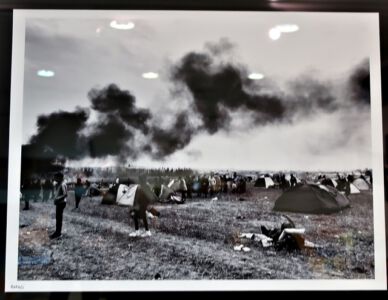 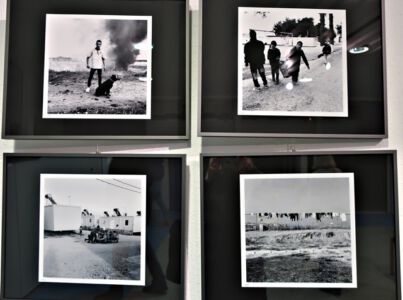 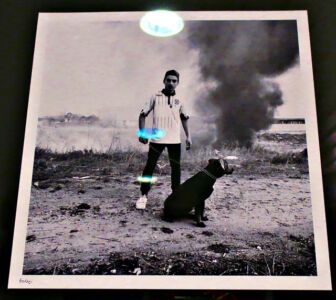 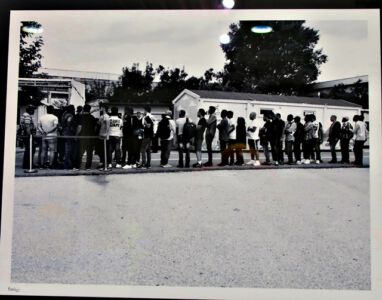 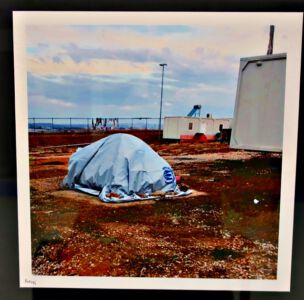 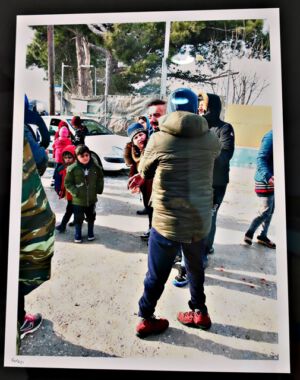