Neustadt: The lady of the castle

“We could be heroes, just for one day”, David Bowie chanted once. What made me swap the hero for a lady of the castle, why I had to swallow once more my frustration over broken stamp stations and what’s the matter with the old post road, with a stately water dam and an inn with 70ies style you can learn in this report.

We begin our tour in Neustadt. What Neustadt? Right, there are 27 Neustadt in Germany! It is Neustadt/Harz. The small town is located in Thuringia and is a state-approved climatic spa. The community has some nice half-timbered houses, a Roland, a bank on which you can lie like a trooper and an old town gate.

We leave Neustadt in direction of the “Felsentor”, which turns out to be not a gate in its own right. In fact it is a rock formation which will be hardly recognized as a gate by any tourist. Our first goal is the Neustädter Talsparre (water dam), the HWN 218. We are taking the old post road between Nordhausen and Brunswieck. Until 1820 it served for this purpose. Today it is a well-maintained and signposted path. An historical traffic artery with flair – still, I am thankful that my “stage coach” this morning was motor-driven.

We then reach the Neustädter Talsperre. It was erected between 1904 and 1905. It is a dam composed of massive dam, barrier lake and hydroelectric power station. Unfortunately, the dam-wall is not accessible. What’s special about the place is the fact that it does not look like a normal dam. It rather seems to be the driveway to a mansion with turrets and perrons.

Cheesed off instead of wanderlust

We collect stamp no. 218 and move on. At first we almost hiked around the dam, we then walked in the direction of the Hufhaus. On the way there was also supposed to be the stamp station no. 94, the Drei-Herren-Steine. I almost sent them to Coventry because, caught in a conversation, I nearly overlooked that unimpressive stamp post. Maybe that would have been better anyway, because doing so that would have spared me the frustration over another broken stamp. This year I had broken stamps on almost all my hiking-tours so far. It really bothers me.

I really had to blow off my frustration and desperately needed a double espresso along with a Baileys on ice, the so called ladies menu. In the nick of time we reached the woodland restaurant Hufhaus. The Hufhaus lies on 530 m ü. NN on the Hufnageltal close to Poppenberg. It used to be a stud, burned down in 1704. For a long time the Hufhaus has been used as forester’s lodge. The woodland restaurant has a nice terrace, however its interior reminds us of the seventies. Anyway, there is a talkative and careful waiter and inside they show the quarter final between Sweden and England. Off the top of my had I decided to keep my fingers crossed for England the rest of this world championship. It worked at least that day, England beats Sweden 2:0.

The lady of the castle’s dream

Our next and last stage on this nice hike were the remains of Hohnstein. I bring a ruin to my mind by visualizing some stones using my imagination to put them together to a building. Not necessary with the ruins of Hohnstein. My heart of a lady of the castle beats faster when we reach the walls of Hohnstein. The stones are shining in the warm sunset light. At first we cross the magnificient terrace of the castle’s inn and then step up the staircase to the castle’s highest point. From there we enjoy a really nice panoramic view on the surroundings, Neustadt and the Gondelteich. The mystic atmosphere puts me under its spell. I am planning my first castle residence I am only lacking the knight in shining armour!

Ducks in state of emergency

We leave the beautiful ruins in direction of Neustadt and reach at first the idyllic located Gondelteich underneath the ruins of Hohnstein. Down there we encounter a whole bunch of hungry and spoiled ducks. The word is out of the ready-made dinner – more and more ducks are arriving, the gaggling gets louder, the hustle and bustle gets severe. Two carps are trying to get some food as well – they are simply no match for the ducks.

We enjoy once again the walk through verspertine Neustadt, admiring the sunlit half-timbered houses and are crazy about a perfect hiking day that’s ending. I am thankful to our touring guide. 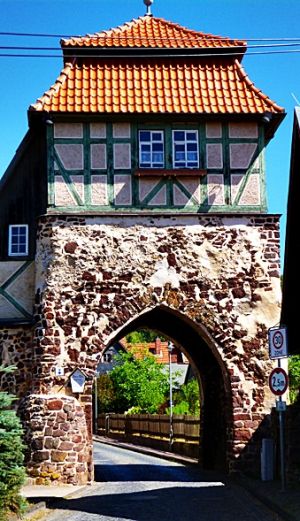 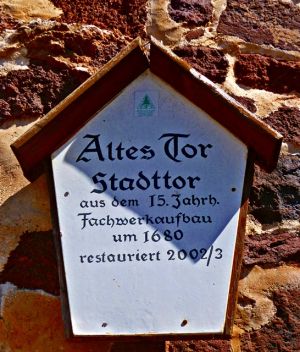 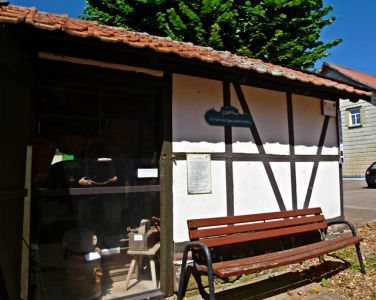 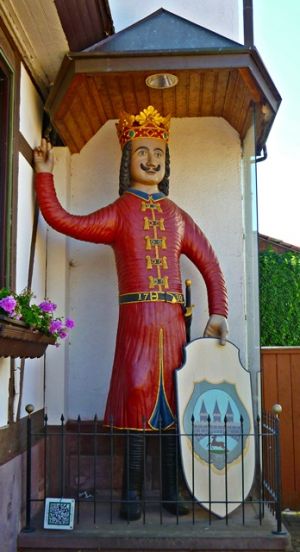 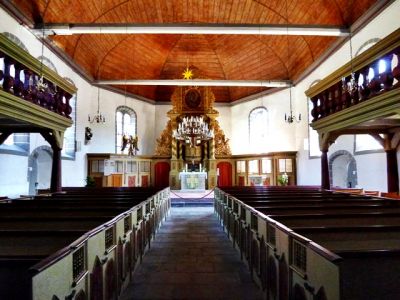 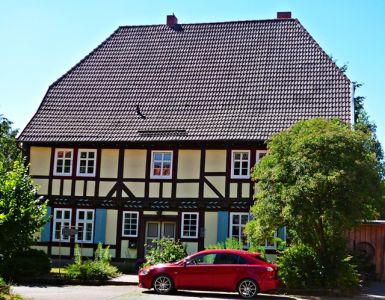 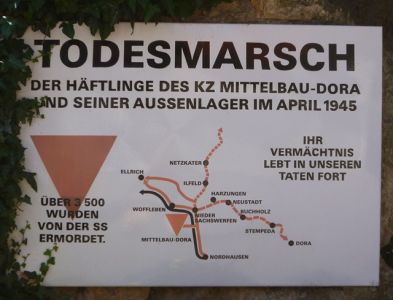 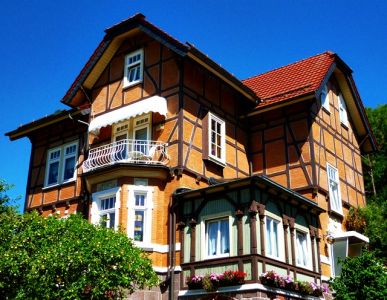 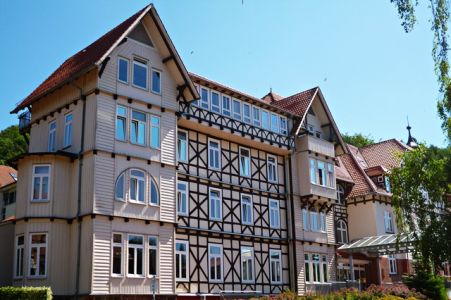 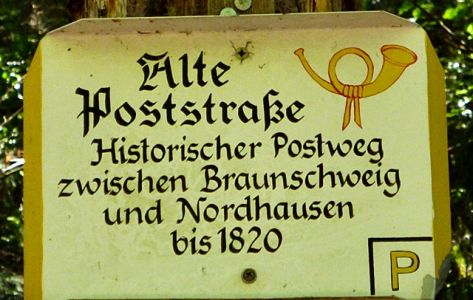 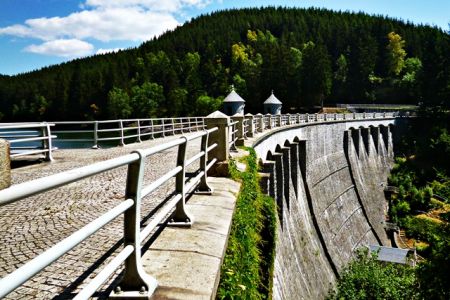 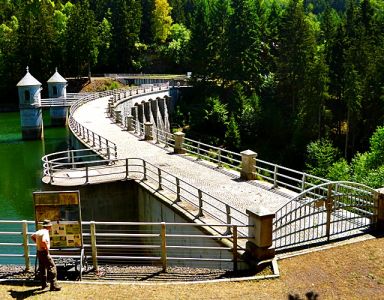 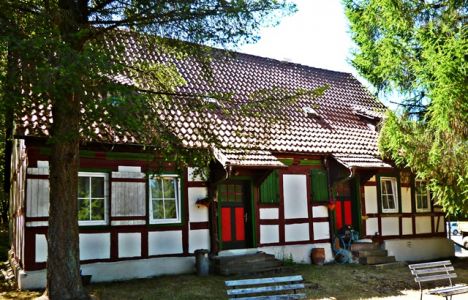 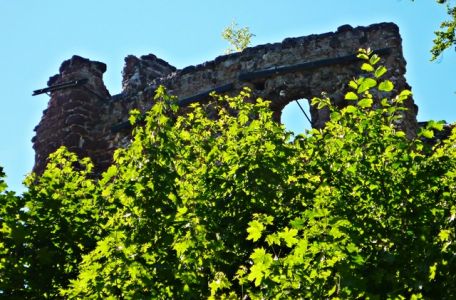 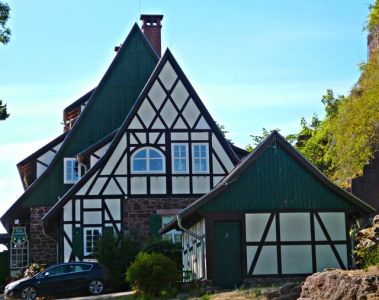 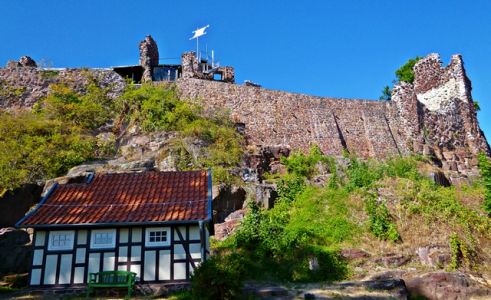 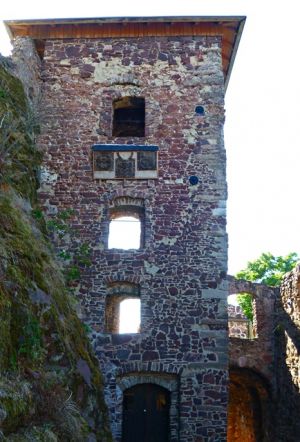 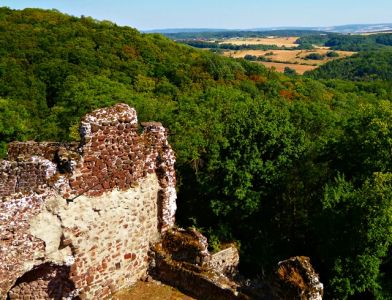 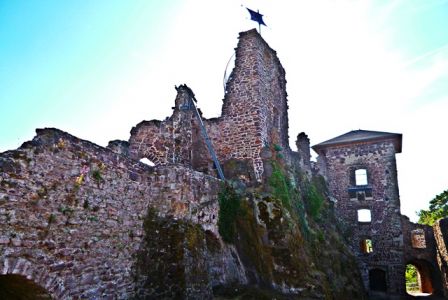 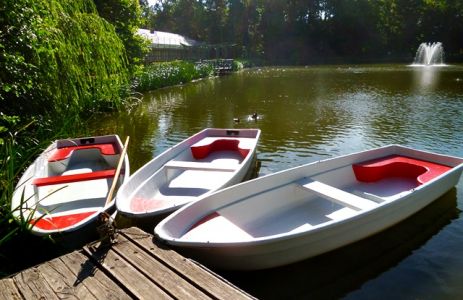 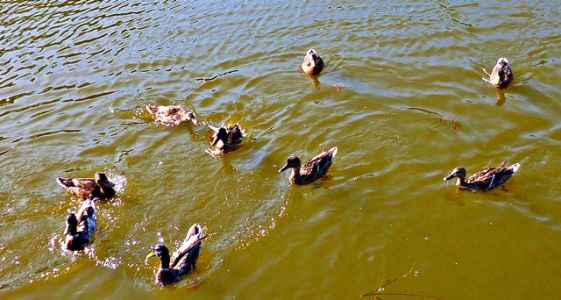 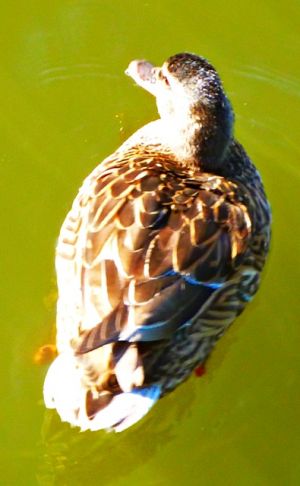 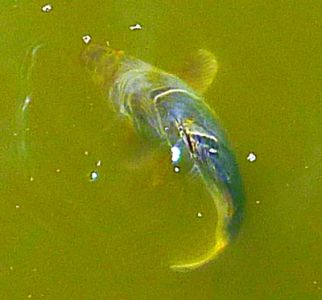 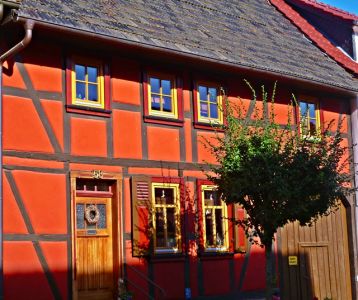 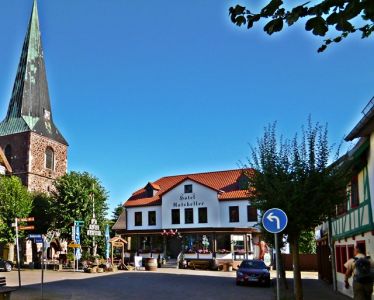 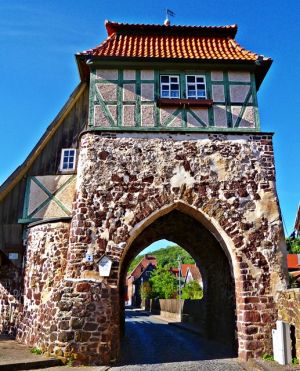