Who only knew white rocks from Winnetou-movies so far (being shot in Croatia by the way) is on the right path here: at Mansfeld-Südharz, a biosphere full of scooped mountains – karst. But that is not the only attraction. On our tour we learned about profane rites, iron toby collars, orchard meadows and abandoned men.

We started out trip in Questenberg enjoying once more beautiful weather. Three stamps of the “Harzer Wandernadel” were on the programme: “An der Queste” (212), “der Bauerngraben” (213) and the “Schöne Aussicht Hainrode“ (210). Coming from the parking lot we marveled at the six-foot „Roland“. Next to Nordhausen and at last Neustadt it is my third “wooden man”. Next to Roland is the church Mariä birth. However, what is more interesting than the church itself is the iron toby collar (https://www.harzlife.de/harzbilder/questenberg-halseisen.html) on its wall in front of the church. In retrospect I read that both, the Roland and the iron toby collar, are symbols for low jurisdiction. However, on-site the guy’s try to pull the ladies’ leg by pretending that those collars are normally used for stubborn wives.

Next to the church there is a small path running up to the ruins of the Questenburg. Up there we enjoyed a magnificent view on the village and the opposite ridge with the legendary Quest on top of it. The latter was eponym to the village and bestows another stamp to us.

Passing the so-called potholes, which is the early river bed of the Nasse, we climbed up on a steep way to the Queste. Up there we enjoyed another fantastic panoramic view coupled with bright sunshine.

After a short break we continued to the Bauerngraben (farmer’s ditch). We traverse shady beech groves and we fortify ourselves at colourful orchard meadows. Due to the extreme drought this summer we came across some fermented cherries. However one thing became clear quickly: it is worth to come back for picking cherries, apples and walnuts.

It got really karstig at the farmer’s ditch, our next stamping spot. The “episodic” lake appeared waterless, that is maybe why it is also called the hunger lake. The body of water is located between the small towns of Breitungen and Agnesdorf. A landscape, we agree about, where you just need to bring some lions, zebras and giraffes and you could arrange for game-drives easily.

Just behind the farmer’s ditch we reach a fantastic picnic place. Under a huge oak tree stands a bench. Next to its shady characteristics the resting place also scores with a magnificent view. Just a few steps further down there’s another bench. However this one is under digital surveillance (GPS, bench no. 2), so that we assumed camouflaged spies under the thick scrub and therefore moved on quickly.
Virtually it is not impossible but still, the path became even more beautiful. On the right hand side the Kyffhäuser rocks caughts our eyes; on the left hand side ample cornfields in desert-brown colour stretch to the horizon and shape together with the deep-blue sky and some picturesque cloudscape a scenary that reminds of an ancient wall painting. I am trying to absorb this picture and this moment and promise myself to keep both in mind to prepare myself for the daily grind.

The Kyffhäuser memorial
We continued through meadows and orchards, finally we turned right onto the trail back to Questenberg. There we refilled our water bottles because were up for another and last highlight of this tour: the climb up to the “Schöne Aussicht Hainrode” (beautiful view Hainrode). Despite the very close heat we went all out again and got plenty in return. From the pavilion of the stamping spot we enjoyed another admirable view onto the Kyffhäuser memorial and its environment.

In the meantime our thirst for coffee (or is it hunger?) became overwhelming and we hustled to go back to Questenberg. On our way up we spotted in passing already the guesthouse “Zur Queste” and therefore knew that a cozy beer garden was waiting for us! Afternoon was almost over that’s why we skipped coffee and feasted on the menu. With the help of herbage pancakes filled with white mushrooms animal spirits returned; even though I had a rough time to keep my food in the mouth being shaked with convulsive laughter.

Adult talk
Two unintended comedians were sitting behind us unconsciously entertaining the whole courtyard. I’d spotted them already when we stepped into the place. They looked crestfallen and were obviously bemoaning their fate having trouble with women. One of them really liked his wheat beer. The other one, mostly sober, was forced to listen to the lengthy tirades of his friend obviously just abandoned by a woman.

Unfortunately I cannot reproduce the conversation full of “adult and nasty talk” at this point. However it became evident that the cuckolded guy in his opinion had not been in the right ballpark with his former wife or girlfriend.

Considering my long way home from the South Harz Mountains back to the city of Guelphs we unfortunately had to leave this idyllic place with really good food at reasonable prices soon, with the possibility of a return.

My conclusion: A total distance of 21 km and three new stamps. An all-around successful field day. Once again perfectly and thoughtfully organized by our tour guide, in excellent companionship, with perfect weather, moving in a beautiful landscape with a grandiose conclusion of the day. What more could I ask for? Another field day like this of course! 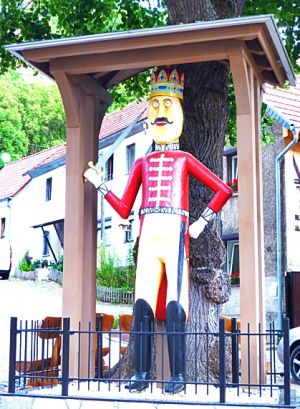 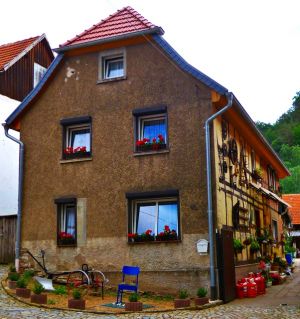 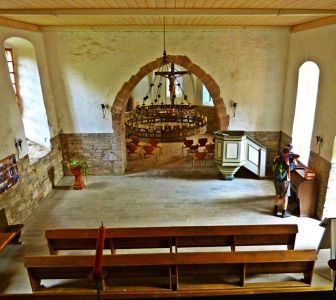 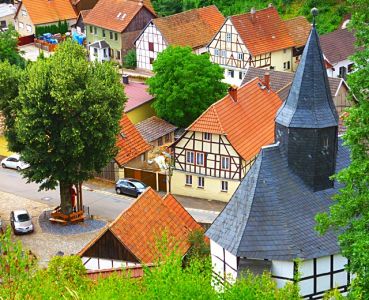 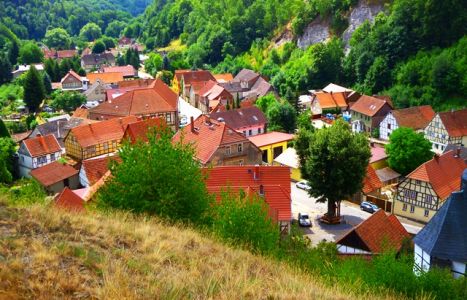 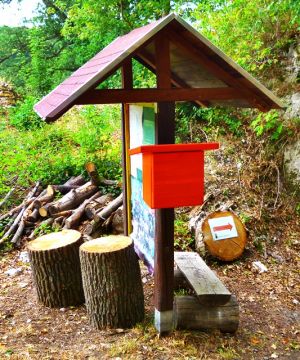 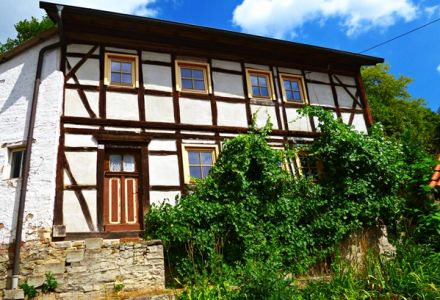 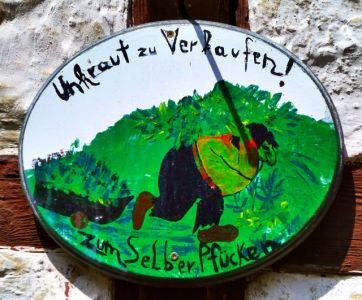 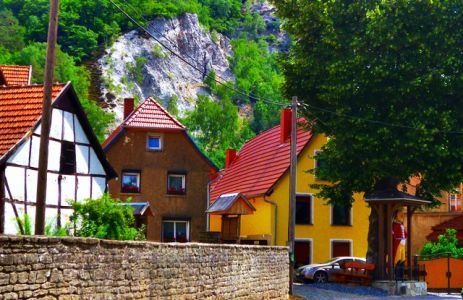 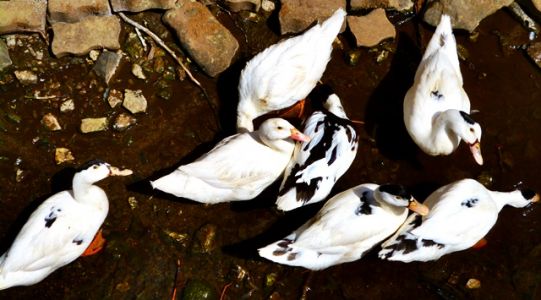 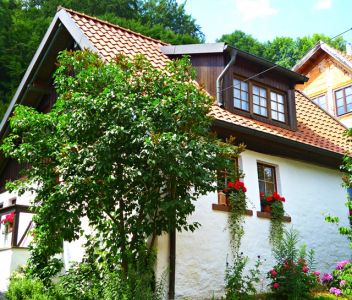 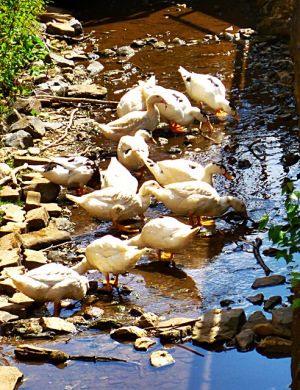 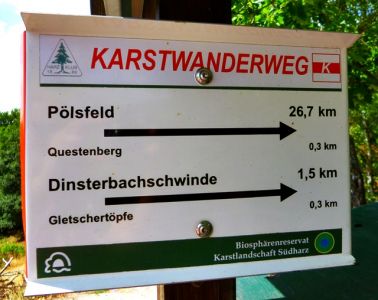 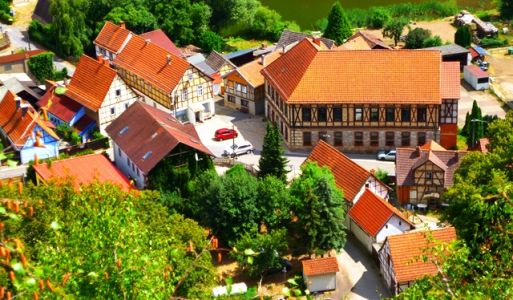 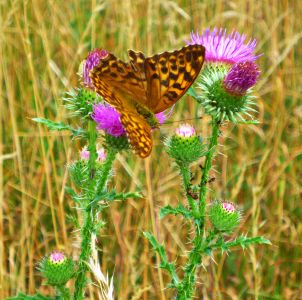 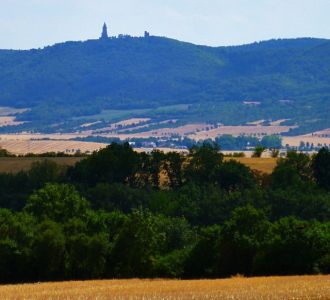 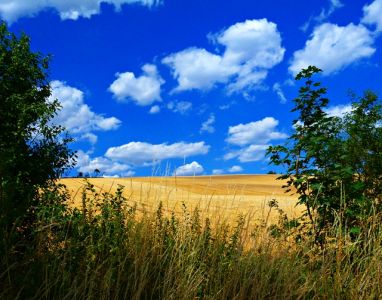 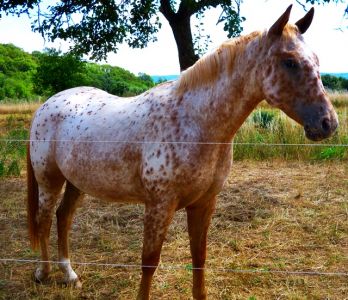 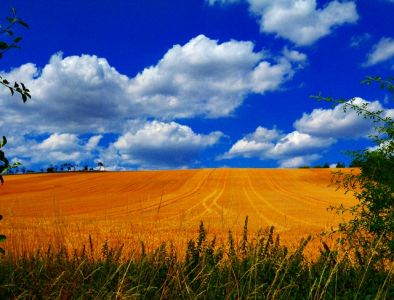 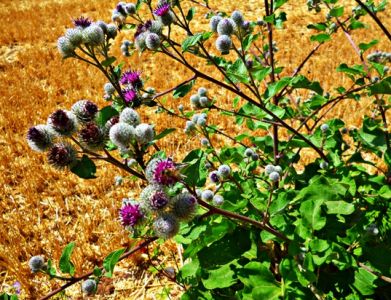 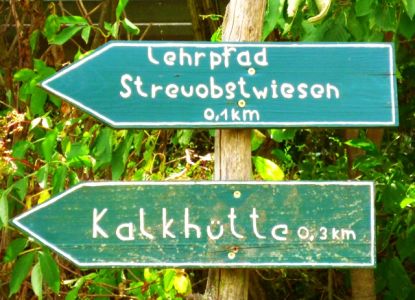 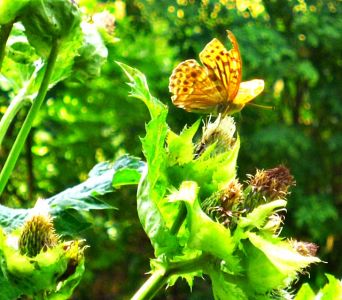 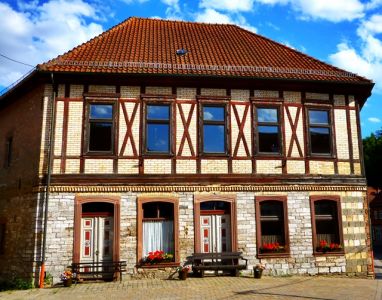 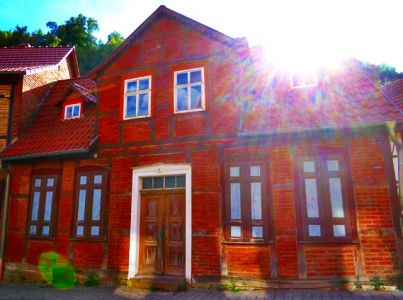