Friedrichsbrunn: on the trail of the last bear

This sunday five stamps of the Harzer Wandernadel around Friedrichsbrunn were on the programme: the Bergrat-Müller-Teich (HWN 190), die Große Teufelsmühle (HWN 189), der Laubtalblick (HWN 191), das Bärendenkmal (HWN 184) und der Bremer Teich (HWN 196). That in the end, only three stamps were available was not due a lack of orientation (reminder: were are neither using Apps nor GPS but rely on signposting along the way and on our common sense!). In fact only a few idiots had again stolen the stamps. But, let’s tell the story in sequence…

We started our tour on the parking lot “Ramberg” in Friedrichsbrunn. At first we followed the signposts in direction “Bergrat-Müller-Teich” on the Ramberger ridgeway, that’s what we thought however. Our direction of travel was as follows: Laubtalblick, Bergrat-Müller-Teich, Bremer-Teich, Bärendenkmal, Große Teufelsmühle and back to the starting point. Well, in the end the Große Teufelmühle (big devil mill) was best marked, that’s why we reached it instead the Bergrat-Müller-Teich. But we are flexible:-) Having reached the place we experienced our first frustration: two hiking couples were lingering around the spot and when they realized that we are stamp hunters they told us that the stamp is gone. What a shitty start. One should not take this unsocial conduct to heart. I can hardly say why I instantly had to think of my virtual pneumatic captive-bolt pistole;-) But, that is a different story. After having seen our disappointed faces they tried to calm us by letting us know that the other stamps on the way are in good shape. At least.

The continuing way in direction ot the Bärendenkmal (bear monument) could have been a close shave, because the signposting needs to be improved especially at the crucial crossings. However that day the hiking god was holding a protecting hand over us, so that we reached all of our goals without any detours. I would call the stamping posts “bear monument” and “Bremer Teich” rather something less than spectacular because they have neither panoramic views nor a special flair. The same holds true for the rather boring Laubtalblick – particularly as the stamp hijackers had already done their “bad”job. The fact however that at the end of the 17th century the last bear had been shot to death in that area is again a distressing example for the human hunting passion that does not seem to stick-at-nothing. The bear monument namely marks the spot on which the last bear has been killed in the Anhaltinischen forest.

Certainly on our way – aside the stamp spots – we made some interesting discoveries. Started with a crisis-proofed bank at the Große Teufelsmühle via the last bear of the bear monument to the garden-gnome trash at the Bremer Teich and continuing to the historical military and trading route with a landmark from 1603 (special stamp!) and finally a meadow with five sweet calves making their first walking attempts under their mother’s control. Not to forget the Friedrichsbrunnen at the end of the town with the same name. Reportedly Friedrich der Große (Frederick the Great) enjoyed a break at that place and upon that opportunity the town received its name. 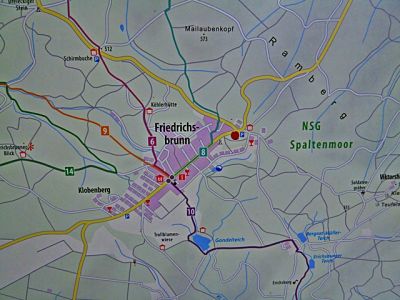 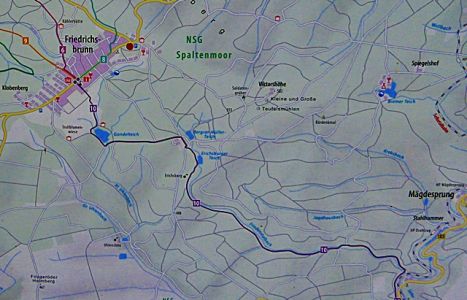 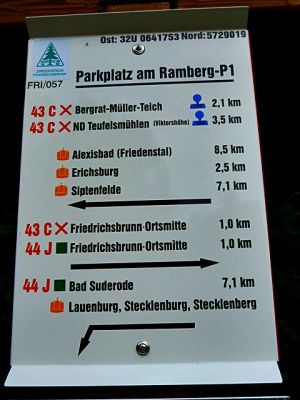 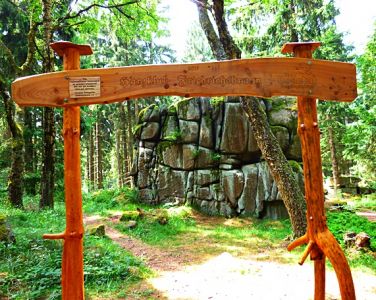 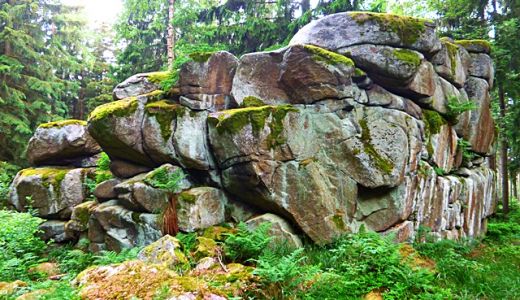 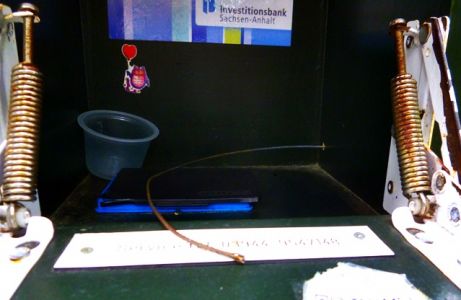 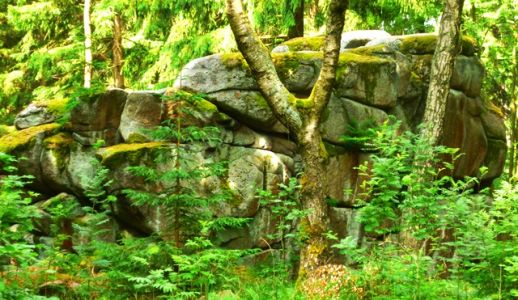 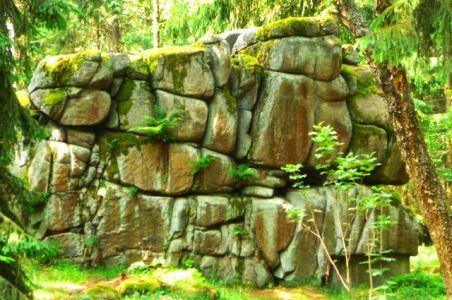 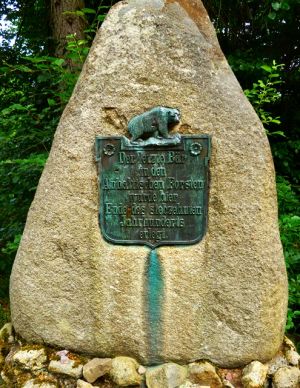 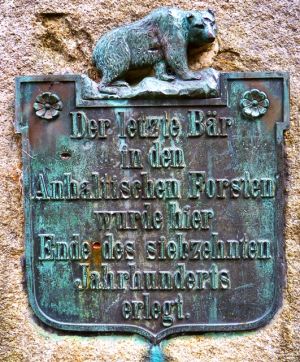 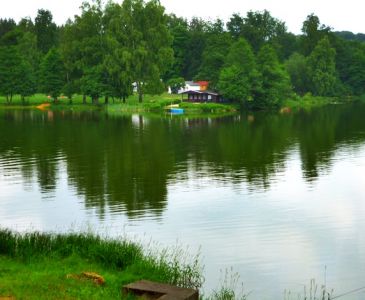 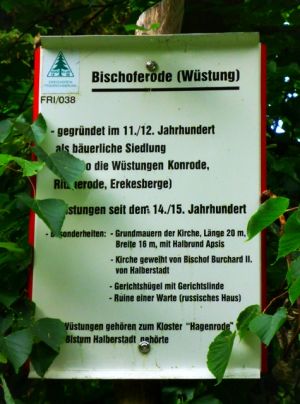 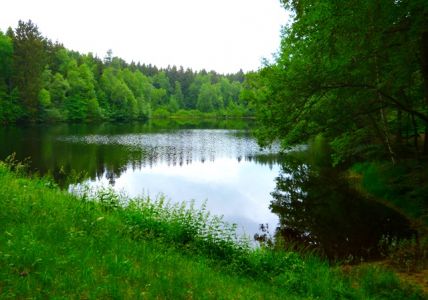 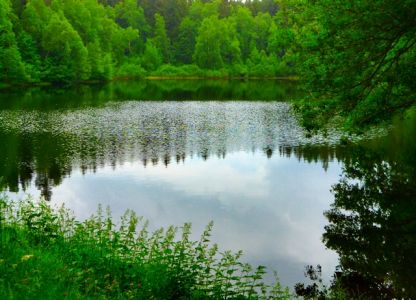 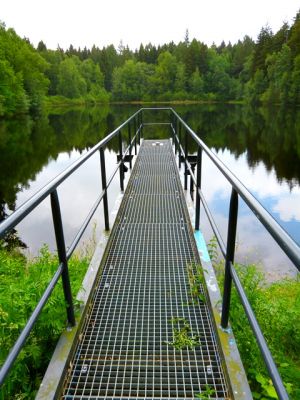 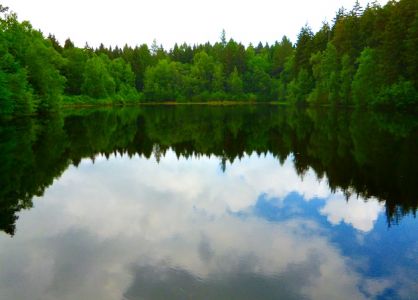 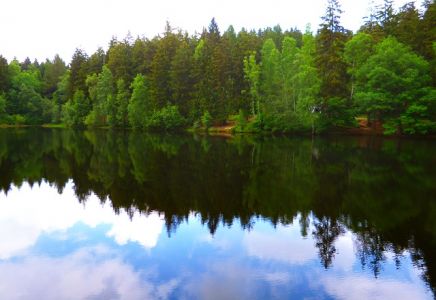 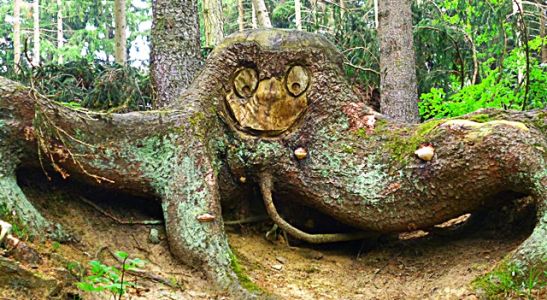 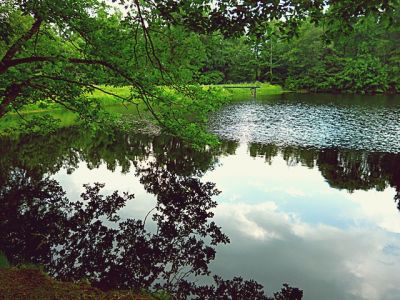 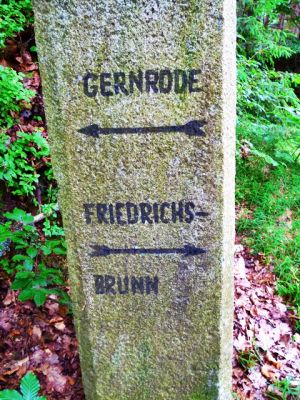 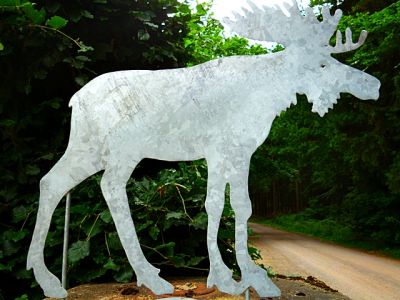 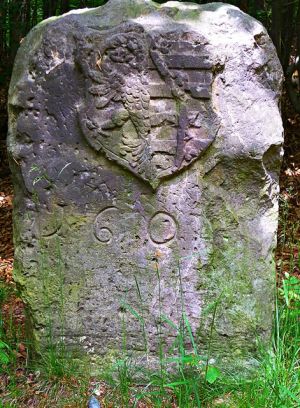 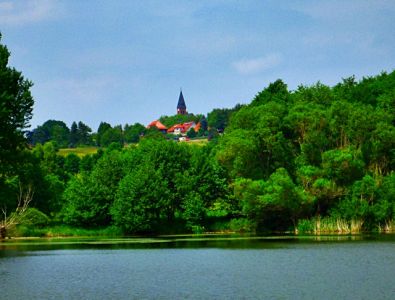 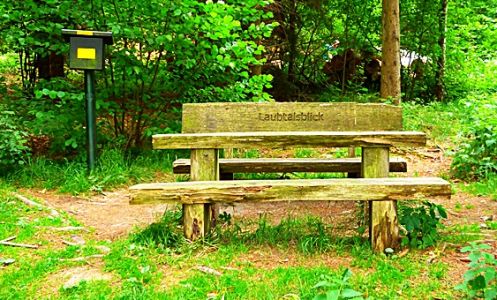 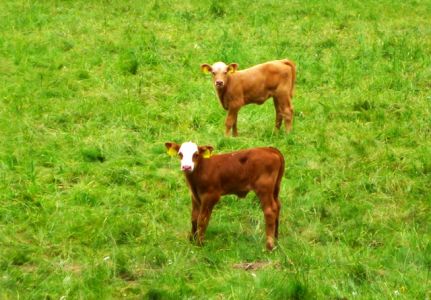 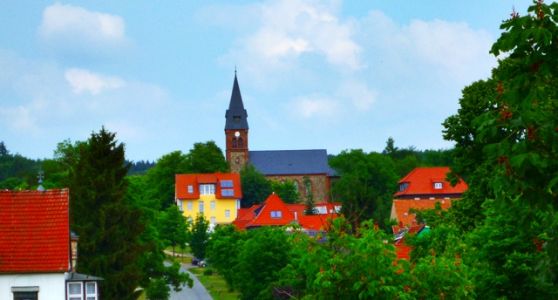 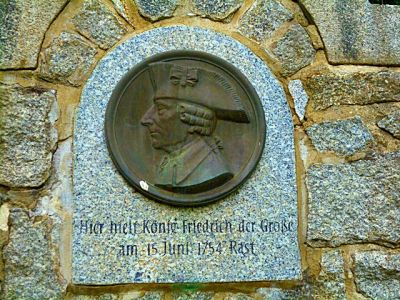 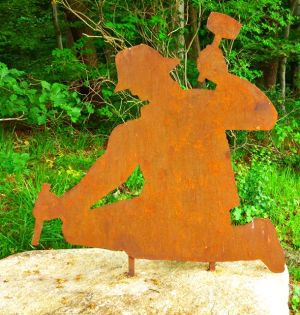