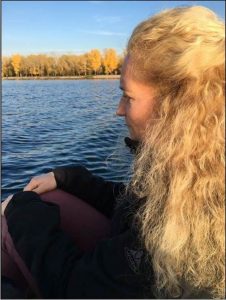 Who:
Grown up among a generation that considered being a housewife as the model answer to a typical female career and men, the family’s breadwinner as the “master of his own house.” So, even as a kid I wondered “why”?

Why do people think that boys are smarter than girls? In other words: Why are there social regulations that have to be obeyed without queries? And what happens if one does not stick to the rules?

What:
Later on in school, in my major field of study, I fortunately met a female teacher who also challenged conventions. In a written exam, a poetry analysis, almost every pupil failed – also the excellent ones. Why?

The poem was about encomiums of the apparent heroes ignoring the people behind who render the underlying physical or intellectual achievement possible. Names of famous discoverer, like Christoph Columbus or of conquerors, like Alexander the Great, find their way into history and are thus immortalized. No one of the pupils had questioned that social virtue. “Hellbenders and lateral thinkers are the real heroes the actor Hannes Jaenicke states.

It is about a change of perspective. It is a question of a different angle on alleged “normal and typical” things and the challenging issue why it is like that and how about a different view on entrenched positions?

Why:
During my first degree in Business Administration and Arabic I lived and worked for one year abroad. Here again, I was faced with the question “why?” Humboldt the German natural scientist, says: “the most dangerous philosophy of life is the one of people who have not seen anything of the world with their own eyes.” From my experience I can add that it is not sufficient to travel around the world only. An important second component would be missing though: to reflext oneself and the world. Cause: “The one, who knows himself and others will come to this conclusion: Orient and Occident cannot be separated” (Goethe).

Now then, what happens if one questions social expectancy? That is what you can expect from this blog: some reflections on that questions. At the same time, it is also an appeal to air your own experience on that topic, if you want to. You are more than welcome.