Lies and spices are siblings

“Lies and spices are siblings.
The lie turns every tasteless happening into a spicy meal.
The truth and nothing but the truth is only expected in front of judges.
But just as the flavour the lie is supposed to complete the story behind.”

Titled “lies and spices are siblings” the one-hour reading by Dr. Andreas Döring takes place on March 13th, 2019 at the beautiful Jakob-Kemenate. Like always, whenever an event tackles the Arabic World (even remotely), my expectations are very high. As the art of poetry plays an important in those countries (for example Khalil Gibran) and the stories from Thousand and One Nights invite you to leave the monotony of everyday life behind and indulge into a paradisiac fantasy world I was really looking forward to this evening. Unfortunately, my hopes were disappointed.

Döring starts his reading with their quote mentioned above by the well-known writer Rafik Schami (by the way, “Rafik Schami” is a pseudonym and means: Friend of Syria). His first tale comes from Schami’s book as well. A story 29 minutes long follows; it is about a Syrian farmer who sells his voice and dies upon trying to regain it (sounds a little bit like “Tim Thaler” in Arabic to me). At the end, Döring celebrates an erotic “Good-Night-Story”, which leaves the audience half amused, half shocked behind. The whole performance spreads little Arabic charm and is unsatisfying to me. The reason is that Döring started the evening off by telling the audience that he has just returnd from a journey to Egypt. However, he does neither share anything about his relationship to the Arabic World nor from his encounters over there. That’s a pity, because true stories like that are what we need in eventful times like this, when propaganda tries to tell us that our relation to that region and its people is tensed.

Even the refreshment afterwards could not compensate for the disappointed atmosphere. And it is especially the art of poetry in the Arabic World that has so many facets. For example, the Bedouin tradition of “Nabati poetry”. An intersting documentary on 3SAT draw my attention on Hissa Hillal from Saudi-Arabia. Hillal was about to win the Arabic poet competition, known as “poet of millions” shown on UAE-TV.

Most probably, Nabati poetry is a kind of literature that might not be of any use to people in the West. However, the documentary is nevertheless worth-seeing as it also portraits women’s lives in Saudi-Arabia. But be careful: Even though the film obeys to the usual tonality on that topic, i.e. women in Saudi-Arabia are oppressed and without rights, Hillal states clearly that she likes to live there and that not every woman is unhappy there. Just like all other women in the rest of the world, I guess. 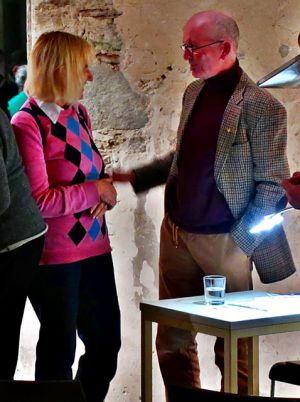 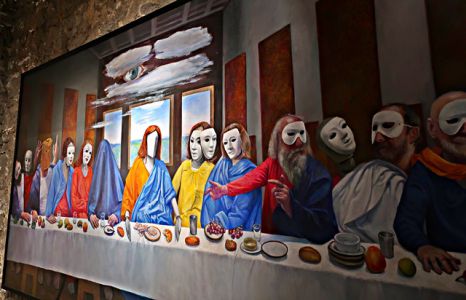