Pérouges: Welcome to the medieval times

The little town of “Pérouges”, 42 km away from Lyon, was completely rebuilt in the 20th century. This gem of medieval architecture protected by its city walls and situated on top of hill, can be best discovered in the course of its winding roads that are bordered by old houses. Producers often chose the typical scenery of Pérouges for historic movies, e.g. for “The three musketries”, “The retourn of the three musketries” or “Monsieur Vincent”.

Pérouges is connected to Lyon via the A 42 highway and the country road D 1084. It lies south of La Domes not far away from Ambérieu-en-Bugey. Most of the houses in Pérouges, which were rebuilt after the seige of 1468 are constructed in the style of transition from the Gothic period to Renaissance. The oldest buildings are endued with wooden half-timber and have gibbous storys. Today’s street picture matches the medieval times. 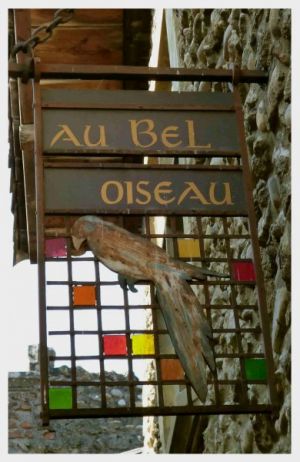 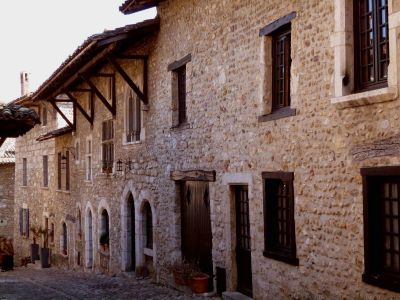 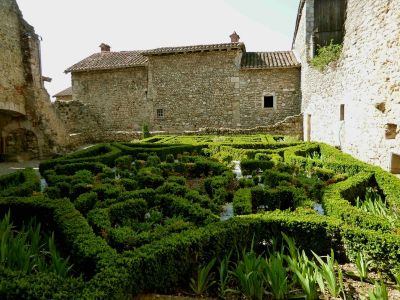 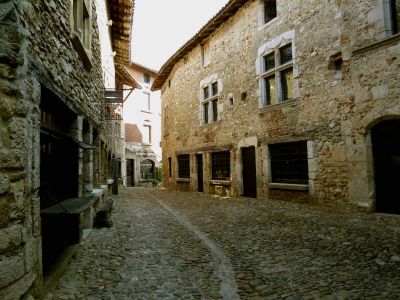 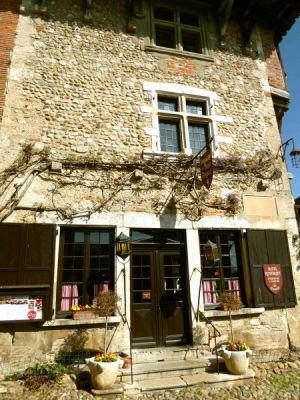 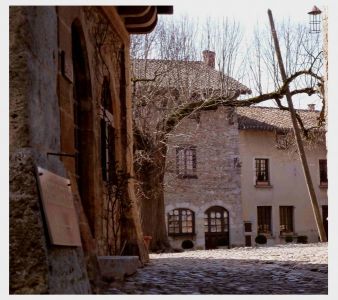 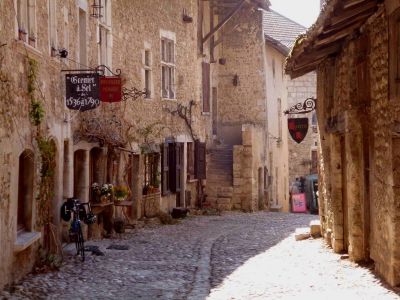