The year of the rabbits

Last year my boy-friend and I discovered private views for us. Well, it is not only about the partly served free drinks and appetizers (however, we do not reject them). In fact, it is nice to start the weekend with an unexpected interesting event. A happening, like we might not have expected it in a big small town like Brunswieck.

This time we visit the GEYSO 20. By his own account the place is an artist’s workshop, gallery and collection at the same time. The Geyso 20 is organized by the “Lebenshilfe”. An I think it is exactly that kind of collaboration between the artist couple (Licht-)Rose and the facility that represents the exhibition’s “twist”, called the year of the rabbits.

When we show up at 7:30 p.m. there is already much ado. We try to orientate ourselves. We are kindly welcomed and get ourselves a drink. Right in the hall our attention is drawn to two door stickers which have no truck with the show – well, somehow they might. “Insanity meets here” is written on one of them. “Row shack” is written on the other. At first we are mocking a little bit about the misspelling. Later we understand what was up with that and how intelligent the statements really are.

The Angst Hase and his bunker

We start our tour through the artist’s workshop and stop in front of one rabbit drawing. For whatever reason we start talking about Karl Lagerfeld’s death. Maybe the rabbit drawings reminded us on fashion? No, I guess it is the miscarried trouser of one of the guests. According to the motto: “Whoever wears sweatpants has lost control over his life.”
Shortly afterwards I get stuck in front of a document. It is about the “Angst Hasen, written by one of the artists from Geyso 20. A piece of work with lasting effect, with simple truths, clearly uttered with a deeper meaning. Great! I am increasingly excited by the show.

A female Duracell bunny as mistress

The actual exhibition starts in the next room. Rabbits are drumming, appear in videos, are immortalized in soap stone which look like sphinxes. We still believe that these are collectibles from all over the world. Far wrong. We are lucky to be addressed by the artist couple Rose. The Duracell-bunnies are no collectibles at all. They are alterations, newly dressed and embedded in newly topical contexts. Helga Licht-Rose tells us that there are actually no female Duracell-bunnies, they were invented by her. And she could not think of anything else than a mistress as a female bunny.

Well, that was not the first thought that crossed my mind. But, it is interesting though. The female rabbit also comes as a copy of Marilyn Monroe and as a companion for bikers. The promoters tell us that they have been collecting rabbits for years. Their flat is full of it. “And it is not very big” the artists reveals to us.

Of diggers and dictators

Occasionally, the creations are a bit provocative. Artistic licence makes it possible to display the remodeled Duracell-bunny as digger or even as Hitler. Overall the multitude of presentations is fascinating: next to “cheesy” Christmas rabbits there is a well-done version of Mozart. Even as a surfer the rabbit looks good.
Bringing up the topic of the written “Angst Hasen”-documents I mentioned before, Denis S. Rose tells us that the artists of Geyso 20 did not like the idea of a rabbit exhibition in the first place. Finally they were convinced. Their statements depicting a critical point of view affix a profound stamp to the show. I find that fascinating.
My résumé: A very witty exhibition on rabbits and their symbolism. The show is fun and enriches the Brunswieck cultural landscape to my mind. I like to especially emphasize the collaboration between the artists and Geyso 20 which make the exhibition something special. Rating: worth seeing. 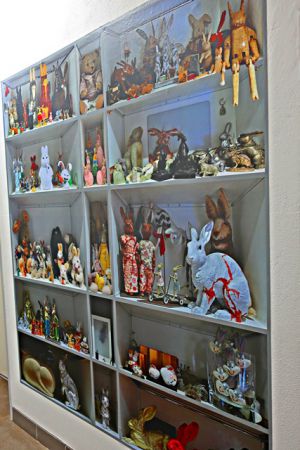 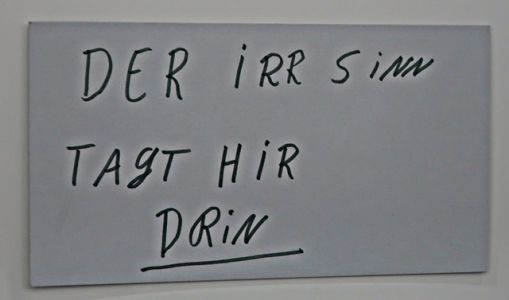 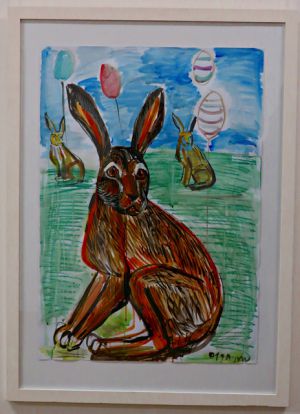 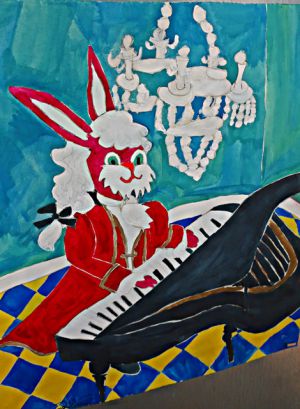 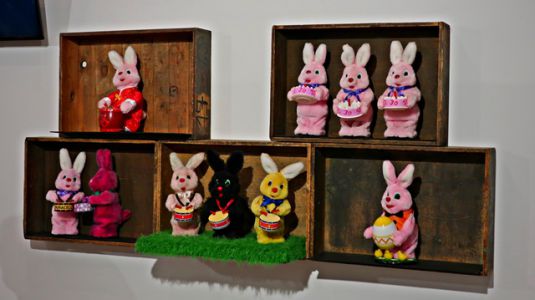 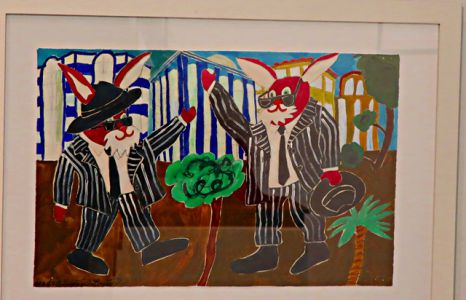 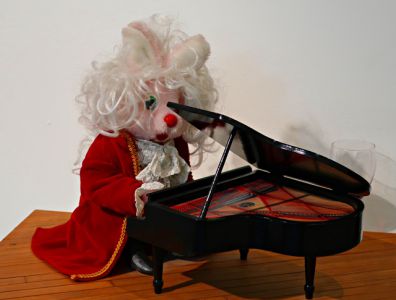 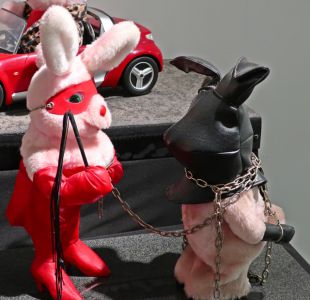 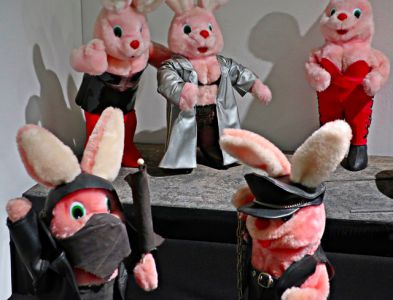 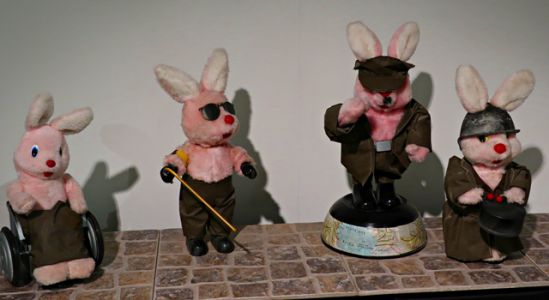