There is a change in weather to come from ice cold temperatures to springlike degrees. It is still cold in the morning about minus 15 degree. During the day the sun is able to lift the tempertures above the freezing point. It is february the sun is already quite powerful and that is exactly the reason why this weather conditions are dangerous: the icicles break loose.

Be aware of sharp objects!
Be careful, the longish, cone-shaped figures made of ice are hanging down from roofs, drip rails and even from trees! Despite icy temperatures at night the snow melts during the day on the roofs as soon as the sun shines upon it. The consequence: icicles are being composed. Those little sharp objects which might look quite nice but are dangerous when the fall on your head. You better be somewhere else if something like this happens.

Snow on a pleasant hight
After almost three days of continuous snow its height has finally reached dirt track level. The white substance has been jammed, swaths have been cut through by bicycles, long-runners, by baby strollers or by one’s own feet. After that has finally been done and one can again move freely outside without deep sinking into the snow and sweating by that like hell, the next adversity is just around the corner: the icicles threat.

animals in winter time
Only, we or at least most of us can back down into our warm flats and houses. But how about animals in winter time? For example we meet two lonesome ducks meditating on a branch of the Südsee. Where are their companions? How do they get food with a lake being frozen? Just a little bit later we meet a single nutria in the snow. It is already surrounded by people taking pictures with their mobiles. Well, I admit, I am also taking a picture. At bottom the animal has a thick skin but will it find something to eat?

The Trojan Horse belongs to whom?
Suddenly we are standing in front a wooden vehicle, an object you might only know from Greek mythology: a Trojan Horse right in the middle of the Bürgerpark. How did it come here? Did somebody lose sight of it? Is that an invasion of Lilliputian? We do not know, we are worried though, as the horse does not have a “to give away” tag around his neck. Pretty strange in times of Corona.

Danger is lurking on the pedestrian walk
Back from the park we spot the red-white line – further down. At first I see the ice on the street than the whole in the drip rails and finally the iced tree respectively the iced branch. That’s quite something, icicles in the tree? That’s really something new. I wonder whether the branches can bear the weight of the ice? I quickly take a photo and move on. There are more ice pits to come but we circumnavigate them all.

So, be careful when the ice breaks. At least tomorrow afternoon when the rain sets in you should be very cautious! 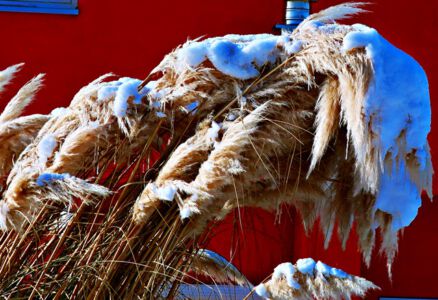 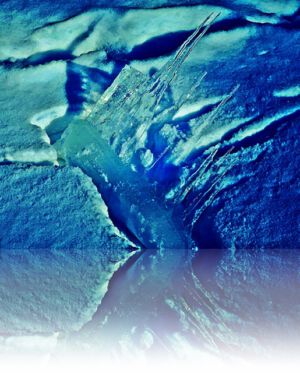 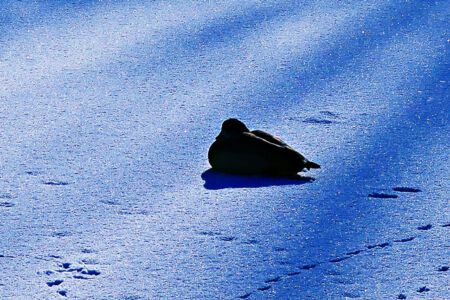 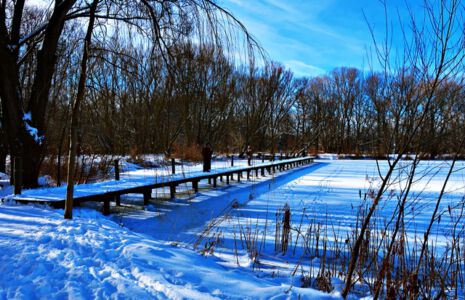 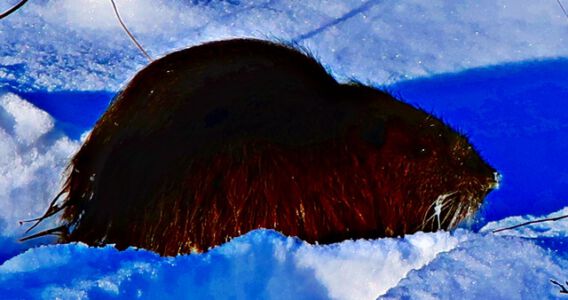 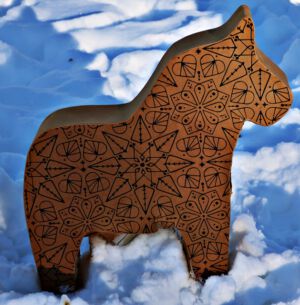 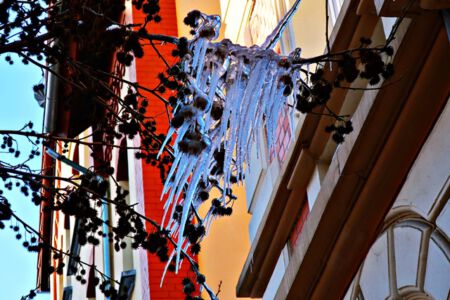 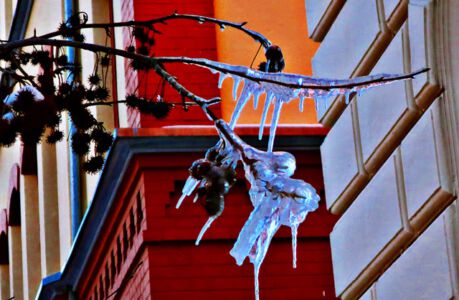 Was ein Loch in der Regenrinne so alles bewirken kann.