Whoever did not toe the line in the medieval age could go wrack in the truest sense of the words. One of the most dangerous places during the princedom Braunschweig-Wolfenbüttel must have been the “Lechlumer Holz”, more precisely the chop-chop square. Defendants were not really treated with kid gloves. “Beheadings and kidnapping, that is only business. A question of reputation.” Something like that might have been the credo of the “High Court” at the Lechlumer Holz. Anybody who took a look at the local presentation board will be happy afterwards to live in a constitutional state. After such a brutal reading I had to cheer up myself with something nice: A visit to Marli and Bella. Finally I enjoyed a romantic scene at the Südsee: a swan family proudly presented its offspring. You see: everything will turn out fine.

The “High Court” at the Lechlumer Holz
Whoever fell from grace left the “bed of roses” forever. If you were lucky you would be dancing on air right away without being tortured beforehand. Being dead they would keep your body on the gallows for deterrence. Well, the dead one itself did not notice it anymore but it must have stunk like hell.

I found it also interesting that the craftpersons at that time defend themselves against building those gallows. It took food and beverages to bribe them. At this point we are dealing again with the “burning of witches”. I mentioned this topic before upon my excursion to Harxbüttel. The ruler Heinrich Julius (1589-1613) must have been one of the worst. According to reports of that time up to 12 witches or wizards must have been burned a day. In 1759 the execution place has been transfered from the Lechlumer Holz to the Wendesser Berg. Even today the mere visit to the chop-chop square can be enough to give you a good scare. My blood however ran cold upon thinking of that place.

A cage full of fools
After so much brutality I am thirsty for something nice, something cheerful. And what could be more carefree than two cockatoos that feel like doing some tricks? Upon my arrival I am welcomed with “hello”. There you go!

Marli has been forcibly married in the meantime. He and his wife Bella are visibly going through an adaption phase. “Who is afraid of Virgina Woolf” says hello. However, Marli shows great interest in both, my camera and my mobile. Again and again he tries to catch one of the items with his claws comimg through the mesh. He gives me a beseechingly look: “Come on, don’t be cruel.” Meanwhile Bella is mucking around, hanging down from the ceiling like a bat. The two birds really make me laugh and make me forget the atrocities at the Lechlumer Holz.

Proud swan couple at the Südsee
On my way back I notice an almost cheesy-romantic scene on the lake: a swan couple proudly presents its offspring to the public. An ambience that reminds me of the Vienna opera ball when proud parents bring out their kids. It looks like a defilée, all participants act very elegantly and self-assured. The worthy end of a nice excursion. 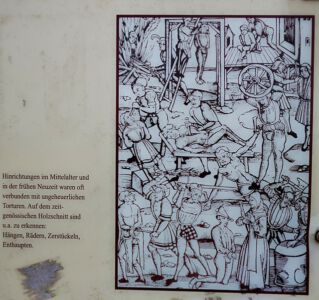 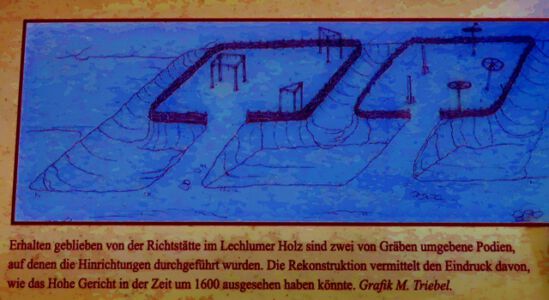 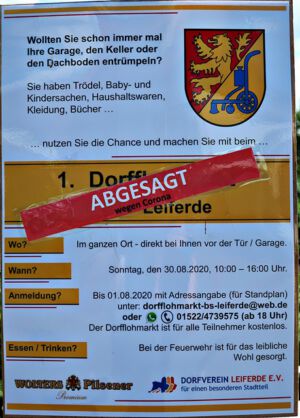 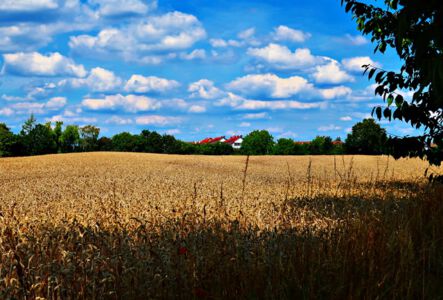 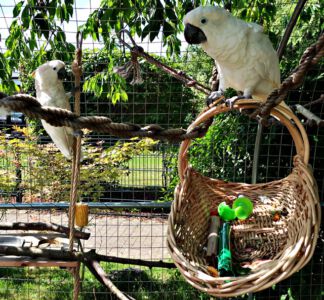 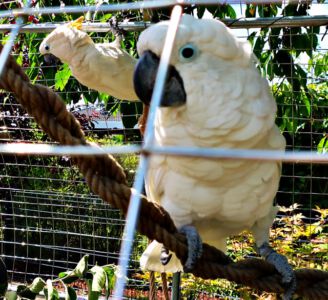 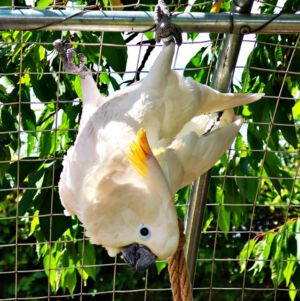 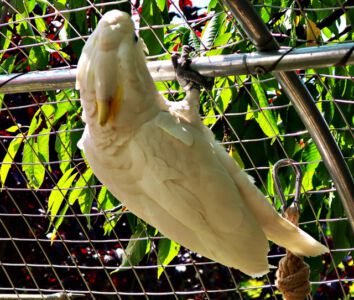 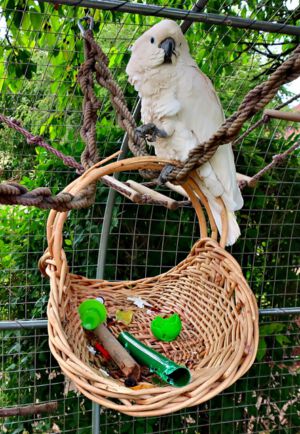 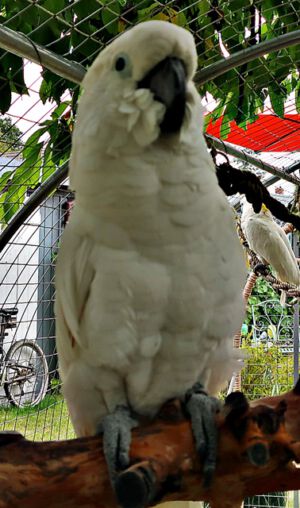 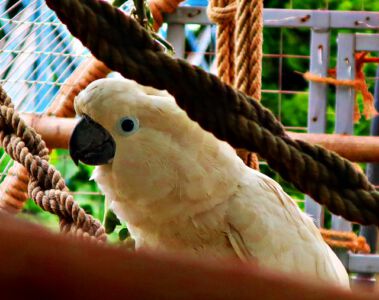 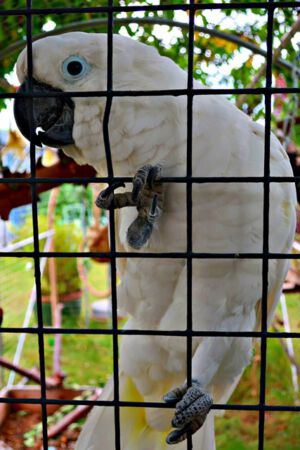 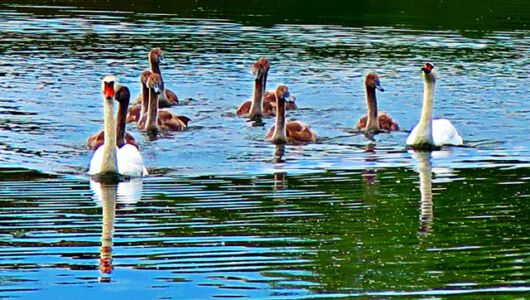 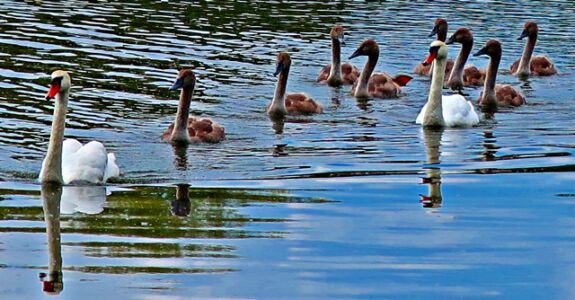