Last weekend (always on the first Saturday in August) cloister Drübeck offered a “Romantic Night”. I visited it for the first time. A friend called it to our attention. It became a so called girls’ night out. Beforehand she allured us with tiny little details on the show, such as white beds in the garden. However, I choose not have any expectations. Wilfully, I was bound to take potluck. In retrospect it made me wonder, what is romantic in its purest sense?

Commonly these are said to be the epitome of romanticism: sunsets, candlelight, rose petals and on a larger scale of course fortresses, castles and precisely cloisters. Or is it rather about husbands who take their wives to this party even though Bundesliga has started;-)
Is there a universal definition of romanticism or is just the pictures known from radio and television that form our romantic idea? A highly philosophical question though and lucky enough help comes from a namesake, explicitly Friedrich Schlegel, the “theory guru of romanticism”.

In linguistic theory the word romanticism stems from “in lingua romana”, i.e. from romanic language. The delicate plant of romanticism sprouted, carried by the art of poetry, in similar volatile times as we witness right now: “The healing of the world became the genuine motive of the romanticists.”

Analytical expertise versus individual emotional state could be the essence of these considerations. That reminds me of the alleged “rational” German who is said to base his actions on reason. For example, when he wants to buy a car he studies the available technical details on every car in his price range before he steps into the car seller’s show room. That’s why he can give such good reasons for his final decision. Counter question: Why is it that I can spot so many fuel-gulping SUVs and high-speed cars on our streets?

But let’s return to the original issue. Maybe romanticism simply depends on two factors: the own perspective on things and one’s own attitude towards romantic feelings coupled with the question whether I am willing to let it happen. Most probably romanticism is like luck a temporary phenomenon. It is rather a certain moment than a permanent condition. It is about to realize that moment, to enjoy it and to memorize it.

Well, let’s go back to cloister Drübeck and its Romantic Night. I am a little bit ambivalent here. On the one hand, the simple fact that the event has a commercial background and attracts masses does not make me feel romantic. On the other hand, you have the beautiful setting and the wonderful decoration partly done with a great care of detail. Well, conclusively I’d say that it might take another visit to the compound, maybe on a sunny Sunday afternoon and with less people, to finally find out how romantic cloister Drübeck really is. 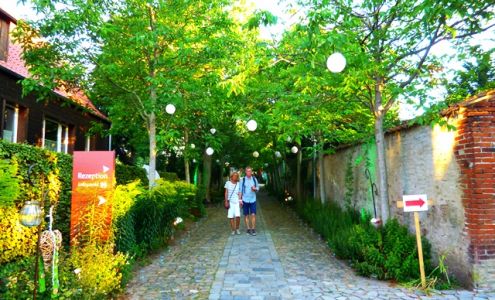 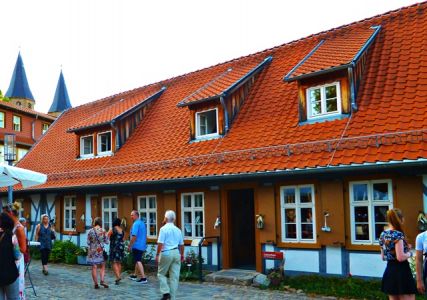 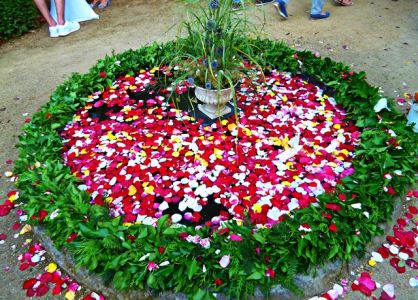 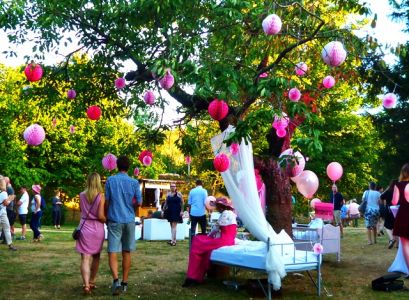 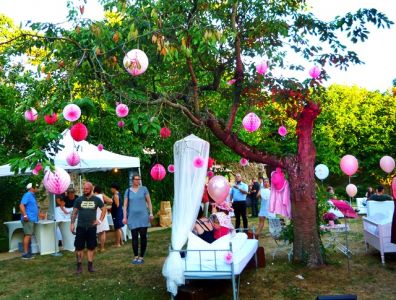 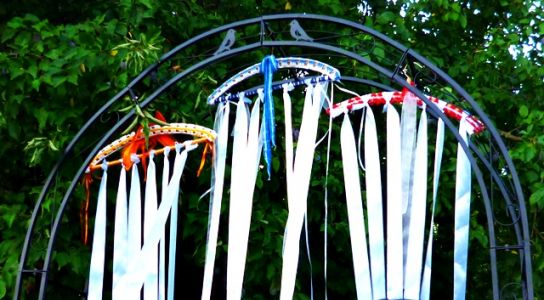 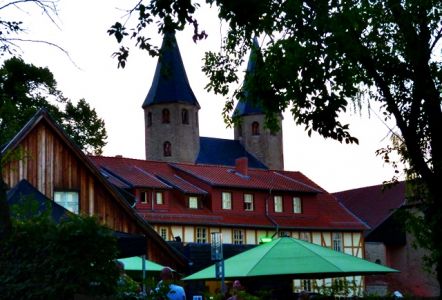 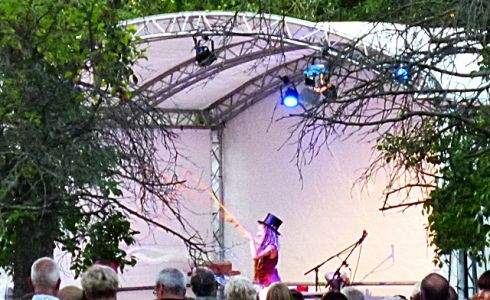 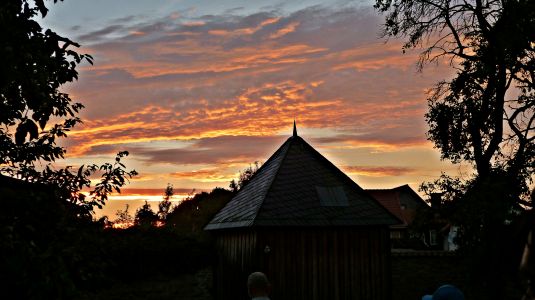 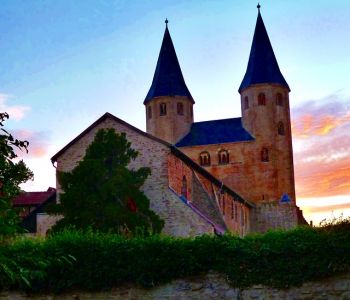 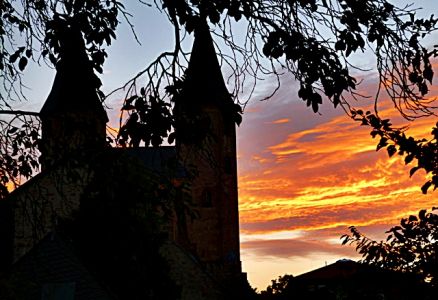 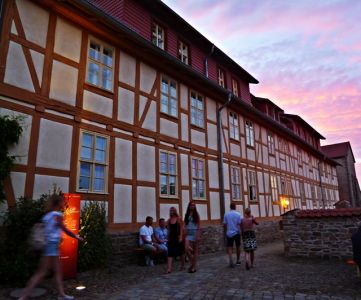 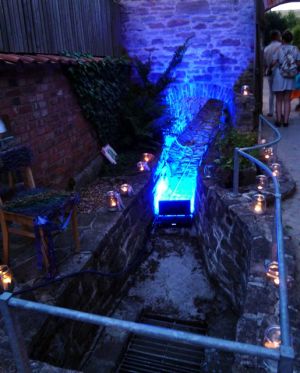 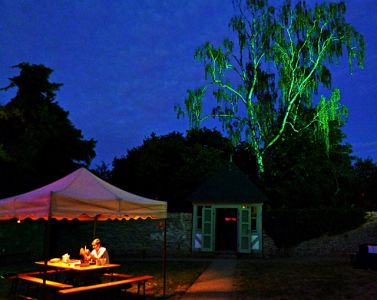 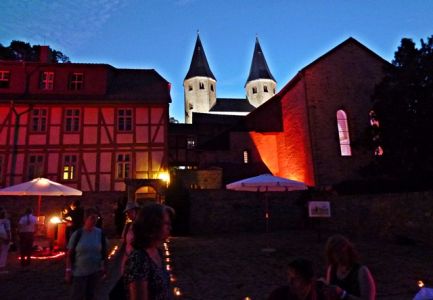 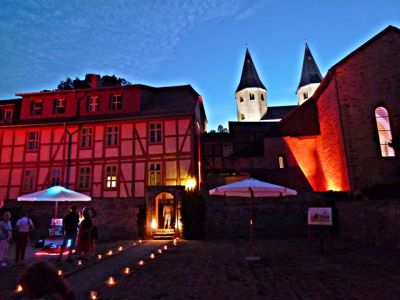 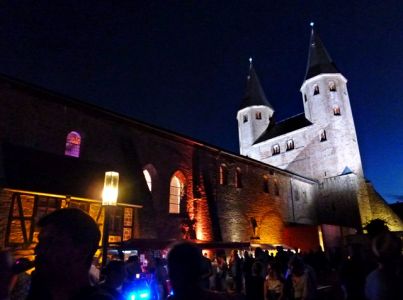 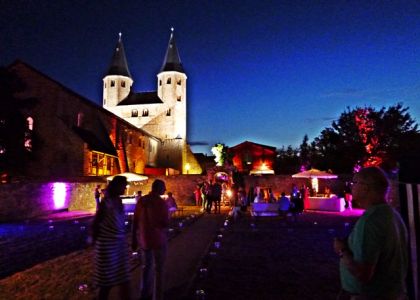 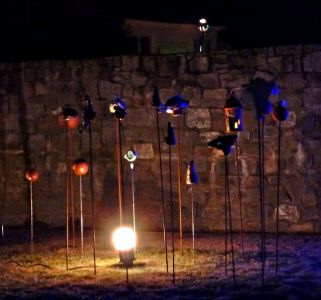 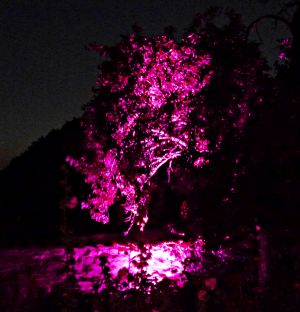 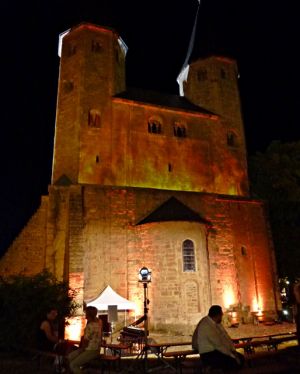