Don't panic! We live in a beautiful world?!

Coldplay sing about a ‘beautiful world’ in their song “Don’t panic”. Germany experiences its first spring weekend. Yesterday temperatures almost 20 degrees Celsius for the first time this year and also today a gentle breeze dominated through the day. A good opportunity to prepare the balcony for spring. I sit on the window sill and enjoy the sun. The radio is on. The two o’clock newscast made some background noise. This morning three bombs exploded in Damascus and killed at least 27 people. “Don’t panic – we live in a beautiful world?”

In the afternoon I lap with my “little black” (no, not my little black dress but my black coated moutainbike). Tomorrow is in for some rain. I’d like to take some pictures. I want to see what spring looks like in my city. Some stops, such as the ice cream parlour were targeted; other sights were discovered by accident. One thing is for sure: we are ‘in’ season: Ice cream saison, bike season and Barbecue season. 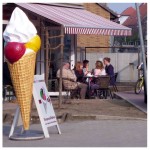 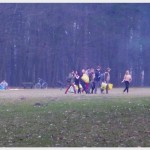 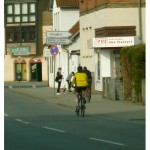 Nature awakens once again and shows its most beautiful and freshly-green dress. It shoots, sprouts and greens, at first cautiously. 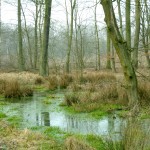 On my spring drive I discover some curios right in the the forst. Starting with the ‘Birdhouse’, via an apparently suicidal pupped, a basket that is obviously waiting to be filled with Easter eggs up to a letter box in the form of a steam engine. 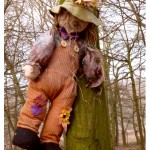 Unfortunately trees had to give way to the extension of a landing runway. Apparently economic reasons are more important than green lung of the city. What used to be a nice walking and bicycle track now reminds of the former GDR-border at Marienborn. Are the analogies simply pure chance? 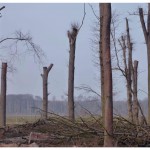 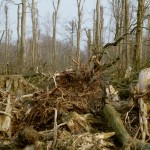 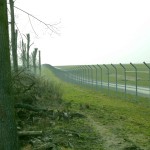 At the end of my excursion a wonderful sunset and the indulgence of a shisha reconcile me again with the world – don’t panic, we live in a beautiful world!