Going to the Elbsandsteingebirge I do not know more of it than Pirna and Bad Schandau. That changes quickly during this week. Upon taking the urban railway to reach the access points of the hiking tours you get to know the places along the route quite quickly. When we come to Königstein on our second day I realize quickly that the place is something special. And that not only because of the fortress Königstein which soars above the community.

The chant of the surpreme bird
Just the first stop after Pirna is something special: it is called Obervogelgesang. You really have to savour this name: Ober-Vogel-Gesang. Sounds silly? Well that’s not all. The place used to be called Königsnase, later on Vogelgesang was added. In the 17th century one decided to subclassify the place into Ober- and Untervogelgesang, finally Obervogelgesang became the official name.

A fortress in the Saxon Switzerland
Back to Königstein. My first encounter with this nice place was rained off. However there is some kind of magic going through the village. Plus, I spotted the walk up to the fortress that means I have to come back again.
Three days later it is time. After our fourth hiking tour I still have enough time to climb up to the fortress. The climb is supposed to take about 45 minutes, well, I can make it in twenty.

Alongside the panoramic walk
Having reached the top I am richly awarded: Both, the fortress and the view from it onto the environment are spectacular. Unfortunately I don’t have enough time to visit the fortress as the place is really big with a size of 13 pitches and 33 rooms to visit. I therefore take the panoramic walk along the thick fortress walls and enjoy the marvellous views onto the national park, the remnants of the Osterzgebirge until Dresden. I finally leave the place and go back to Königstein.

At the beach
Reaching the city limits again, I pause. A yellow signpost has „Strand“ on it. Oh, a beach in the Elbsandsteingebirge? The arrow has the direction of the Elbe cycle path. However, it is cold today anyway and I rather explore the town a little bit more.

The Bieltalbahn
At one of the house walls I discover a picture of the former Bieltalbahn which functioned from 1901-1904. Unfortunately I cannot find out what has happened. Even a search on the internet does not give me any information. That’s weired. I take a walk through the old town and wander back to the railway station. The sun illuminated the river Elbe and the valley. The detour to Königstein was really nice. 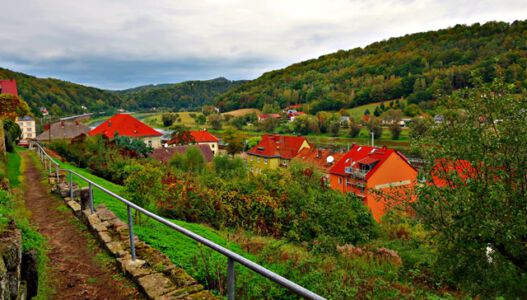 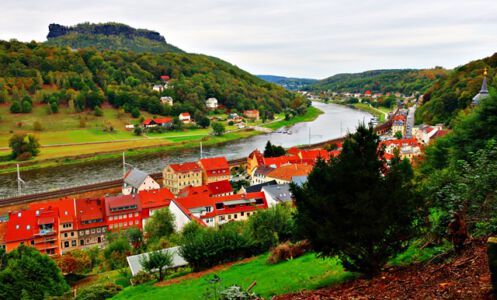 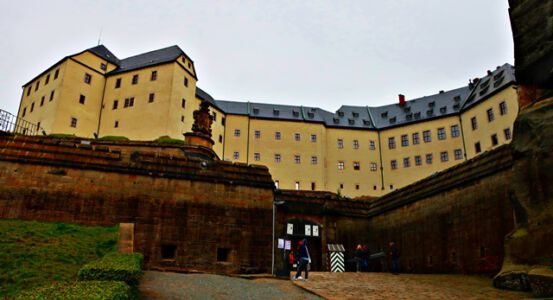 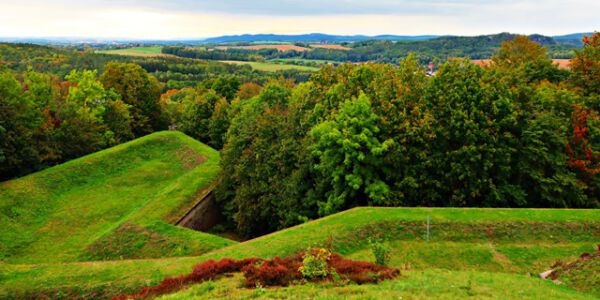 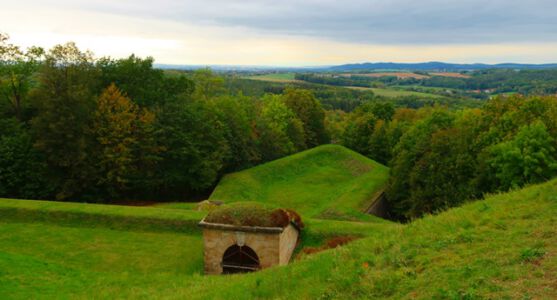 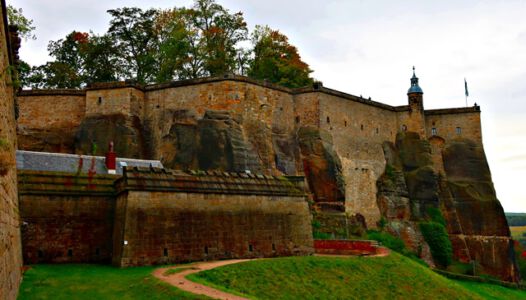 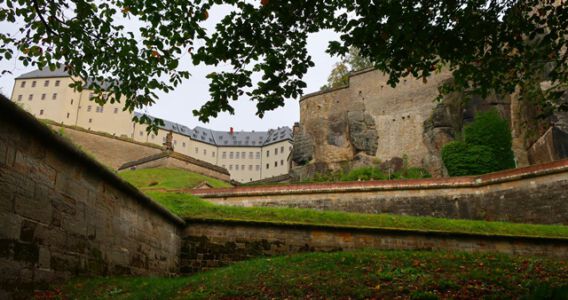 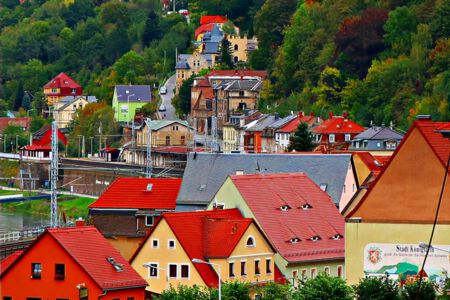 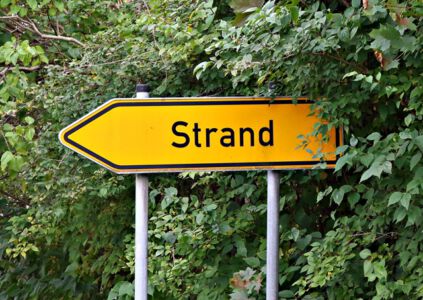 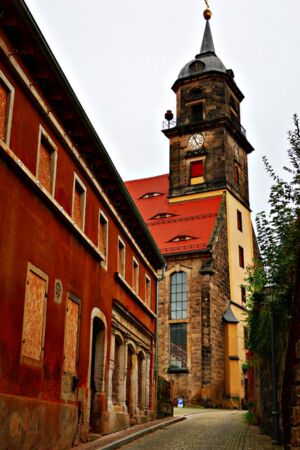 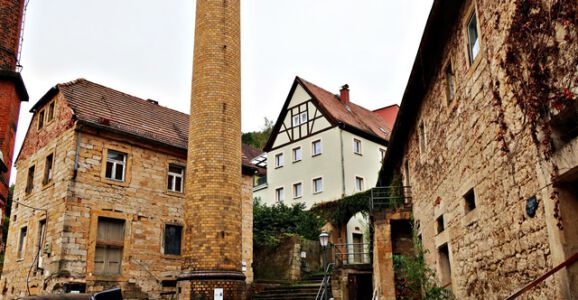 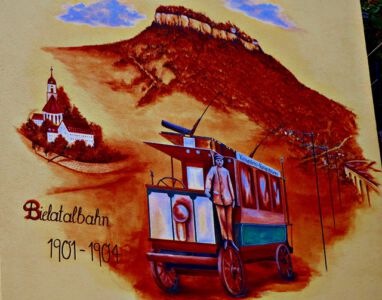 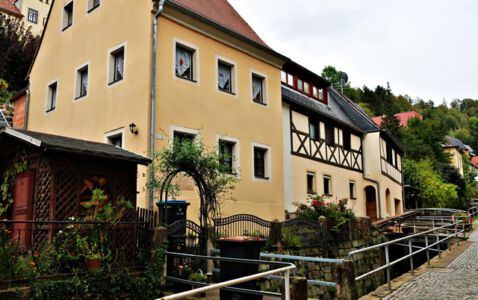 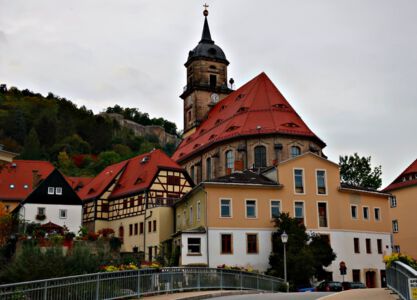 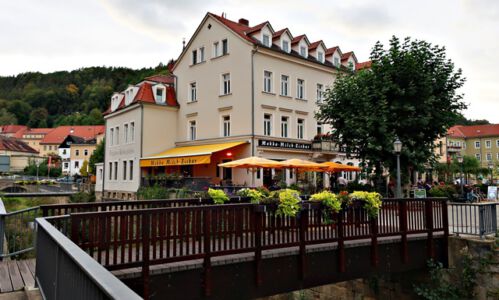 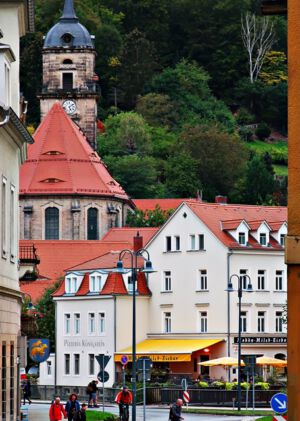 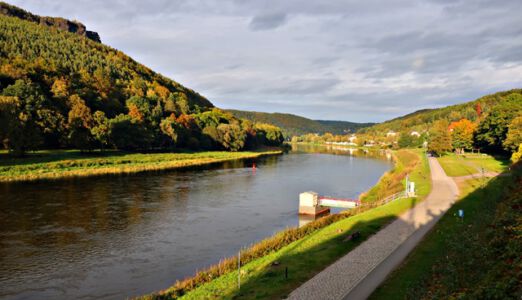