A Bunch of Absurdity 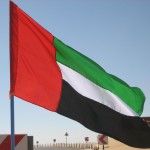 Spiegel Online recently published the article “Trüffelpasta mit Wüstenblick” about the alleged highest restaurant of the world and its extravagaces. The article itself does not reveal anyhing new besides the usual superlatives upon which Western press has zeroed itself when it comes to oddities from the desert state.

The respectable amount of comments at the end of the article, however, is noteworthy. 29 comments have been posted so far. At a first glance, that might not be astonishing. But, if you compare this amount to the quantity of comments which comparable articles like „Was Griechenland Urlauber erwartet“, „Easyjet-Piloten wollen zum Ferienbeginn streiken“ or „Roboter ersetzen den Hotelpagen“ received, explicitly zero comments, value is attached to number 29.

May the amount of comments be remarkable, the the style of comments is definitely horrific. The most ostentatious fact is that those commentators who sing from the same hymn sheet blaming Dubai of being an inhumane country (that is on what the media agreed upon after the „faster-higher-further”-principle did not match the woes of the financial crisis) do not seem to pay respect to their co-authors at all. Or how would you describe such a spelling style (quotation!):“Many people are blockheads. Your posting illustrates that imposingly.“ Everything, of course, nicely made anonymous.

In course of this article I would like to deliver my opinion to this kind of onesided, sometimes nasty, partly naïve and often stereotyped argumentation:

Living at the expense of others

Let us not forget that a lot of people, many from Europe, immigrated to Dubai when the boom just started for only one reason: to become rich. And they did not give a damn on human rights at that time because their mind was totally set on money. Now, that times have changed and the streets are not paved with gold any more, people discover their conscience. I am not saying that everything that glitters is gold in Dubai. Likewise, I cannot imagine any country in the world where all that glitters is gold. Do you?