A workshop titled”Dialogic Existence-Indentity in a globalised World“, took place yesterday in Berlin. The event was organised by the Sozialwissenschaftlicher Studienkreis für Interkulturelle Perspektiven e.V. (SSIP). The role of Dialogic Existence is understood as a dialog between cultures, more precisely between the religions of cultures. Four lectures, mostly designed as practical field reports, are focus of the workshop.

Dr. Armin Triebel, chairman of the SSIP opened the workshop with a historical abstract of the SSIP. The SSIP is in its self-concept a non-governmental organisation (NGO), founded in 1959 referring to a value system of “exchange between cultures on equal terms”. In his introduction outlined the development of the so called studies in prejudice beginning in the 18th century when the belief of a “national character” was invented by Herder. The concept of culture was conceived as “one nation equals one culture” (concept of homogeneity). This “modell for further discussions of a homogen culture” has caught a lot of flak within empirical social psychology together with the phenomena of ethnocentrism and ethnicizing by culturalists. Currenty, Triebel explained, a ethnicizing of religious dimension can be witnessed. Out of it five consequencescan be derived:

Therefore one has to pose the question how the “inbetween”, the “intercultural” can be described and what exactly happens between the human beings. Triebel closed his lecture reflecting on Homi Bhaba: Cultures have to be understood like corridors and staircases of a house where people meet. Understanding cultures as dialogic existences the question has to be posed how educational processes can be organised to give them political relevance.

With the help of four lectures speakters characterized diverse encounters, arguments and experience with intercultural dialogues. The lectures overlapped within the following items: 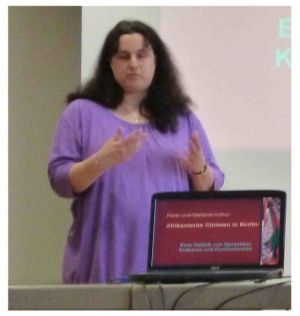 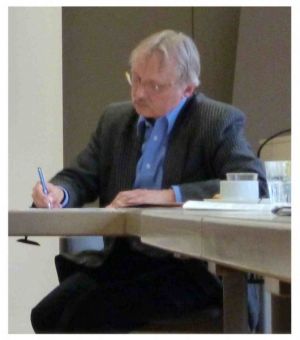