The hiking season is not over yet. And I know that some people do not like November. Many people make a connection between rainy, grey and foggy days and this month. But far wrong. On the Zauberberg (magic mountain) of Bad Harzburg the sun also shines in November. There are goats at the roadside and the biggest cream puffs beyond the Königskrug! On our way we saw the most wonderful leave colouration and play of colours in the sky. A picture-book walking-tour with outstanding weather and a lot of great, new impressions.

We start our walkig-tour at Bad Harzburg, more precisely at the „Zauberberg“. Where does the name come from? Is this the street where the sanatorium was located in which Thomas Mann’s central character lived for seven years? We don’t know, however it seems to be a forebode for good weather. We just started and the sun shoots through the clouds. The sun is still strong and accompanies us all day long. Is it really November?

All done and dusted

We reach the so called Butterberg of Bad Harzburg and go for a nice ridge hiking. We reach the „Ilsenburger Stieg“ and soon afterwards the „Eckertal“ through a colourful beech forest. Heinz tells us an interesting story about the „Ilsenburger Stieg“ which was blocked for almost 30 years because of the inner German border. Moreover the Nazis had a gigantic underground bomb storage at this place. The stock has never been detected by the Allies has just been blown up shortly before the end of World War II. The detonation made the windows break even in Bad Harzburg. In the past the railroad-line between Bad Harzburg and Ilsenburg ran here.

Behind the Schimmerwald, close to Abbenrode, we make a left turn. After that it really gets adventurous. We turn right and walk across the acres and fields. We walk along the edge of the forest and reach a paved path. We leave it once again and move to the sticks.
After a while we reach Westerode a district of Bad Harzburg. We walk through the „Quellesiedlung“. The name comes from the catalog firm „Quelle“ which used to sell prefabricated houses. One thing is for sure: Hiking is not only fun but it also educating.

Quickening the pace we return to our starting point, the Zauberberg. We pass a garden and we suddenly pause: „Are they real?“ we burst out in unison. Two goats are standing on an appliance and seem to be fossilized. However they start moving. And well, they are real. Crazy, just like this day and the weather.

After so much effort and adventure I need some rest and my „Damengedeck“. A friend of mine orderst he biggest cream puff I have ever seen.
What a great day! 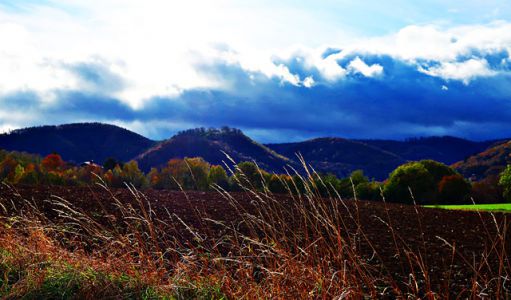 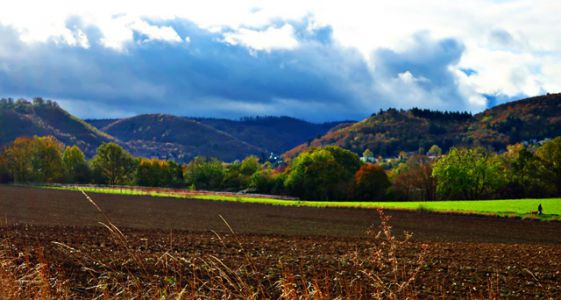 Am Horn
Am Horn 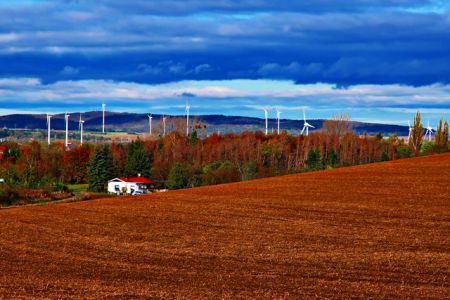 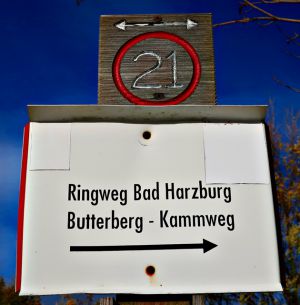 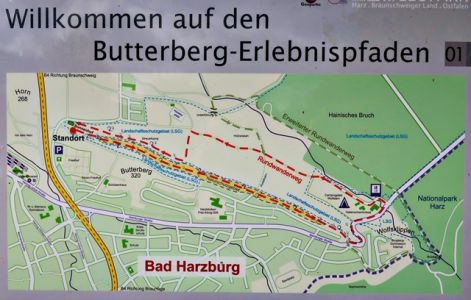 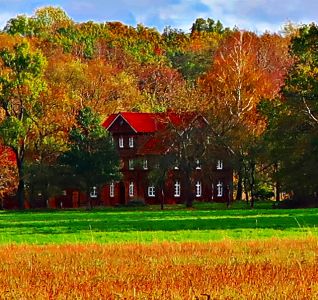 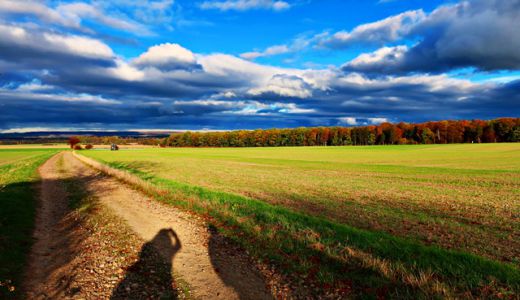 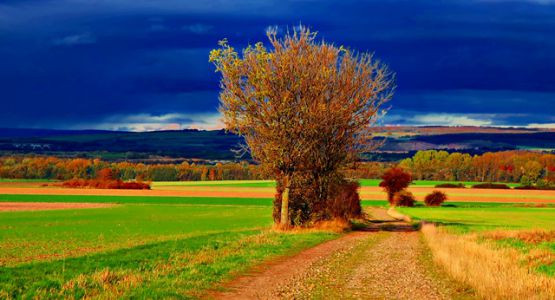 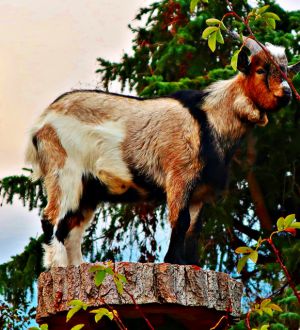 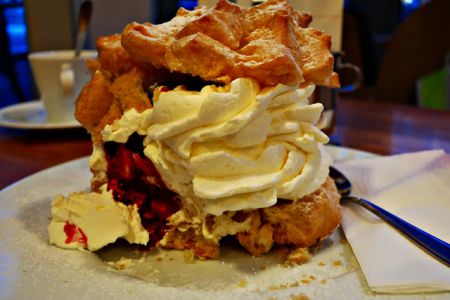