The magic of the Anatolian Lute

I love oriental Music. This confession might not come as a surprise to my attentive readers. Chances to listen to that kind of music in my city are rather seldom.That’s why my radar war alarmed right away when I learned that a concert with Anatolian music was taking place this saturday. Therefore I went to St. Thomas church in Melverode yesterday in order to listen to Hünkar Savaş and his Bağlamas.

The Saz family and its eastern flair

I had not heard of the term Bağlama until yesterday. I was too much focused on its Arabic sister, the Oud. Fortunately there is a corresponding programme to the concert. A good idea. The flyer tells me everything about the artist and his instruments I need to know. Savaş plays virtuosically on five different types of Bağlama this evening. The music, which stems from Savaş’ Anatolian home country, has a relaxing influence on me. Gentle, discreet, almost ruminant the tune reached my ears. I think a lot of my stays in the Arabic World and in Turkey. Again and again nice and melancholic pictures rush into my mind. I am missing the eastern flair, this mélange of hospitality, serenity, odours and simply the feeling to be welcomed.

At the beginning of the concert Savaş tells us how nervous he is. A teacher of him and expert of Saz-music at the same time is among us tonight. That’s why Savaş wants to play almost perfectly. And well, as much as I can judge his performance from my unprofessional point of view he does. For a slight hour the artist abducts us beautifully to his home country, let us thus participate in this roots. He shows us a different Anatolia than hawked in the local press. It’s so nice to get into those tunes beyond every clichés. Is not music something that links nations to each other? And isn’t it that its patient act shows us how absurd and irrational any chevy against “foreign” people really is?

An elegant instrument with a big belly

In connection with the concert we make a little tour and marvel at the Bağlamas. Those elegantly instruments with long necks and big bellies, with high and low sounds, with its catchy tunes of soothing effect. I was only missing a corresponding water pipe which would have put me on the crest of the wave! Patiently and very friendly Savaş answers the questions coming from the audience. I also ask him whether there is a difference between Arabic and Anatolian music and whether there is a differnce between the oud and the Bağlama. Savaş is a very sympathatic guy, looks very patient to me, almos modest.

Unfortunately there are no futher performances planned by now. But who knows, maybe Savaş reads this and gives himself a start! Either way I am looking back on a very nice evening. Thank you for that. 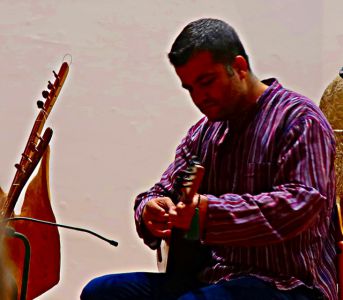 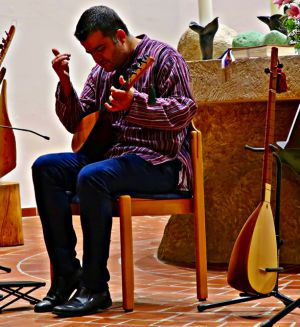 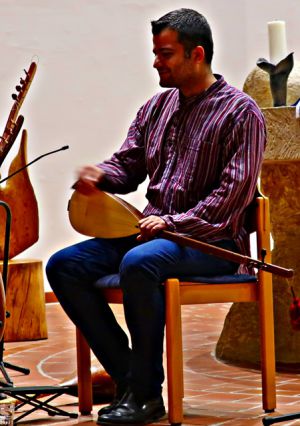 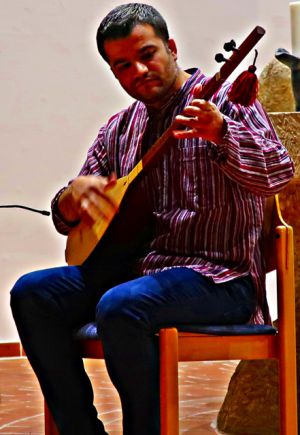 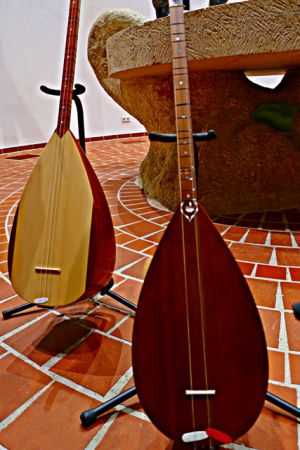 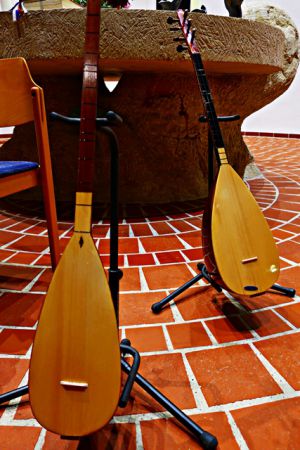 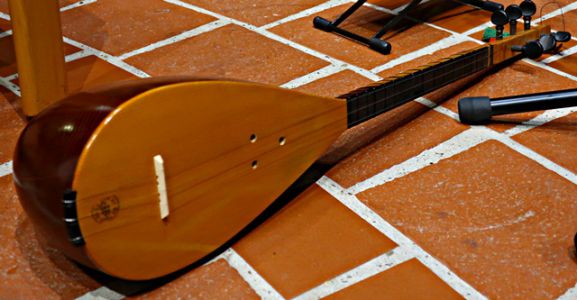 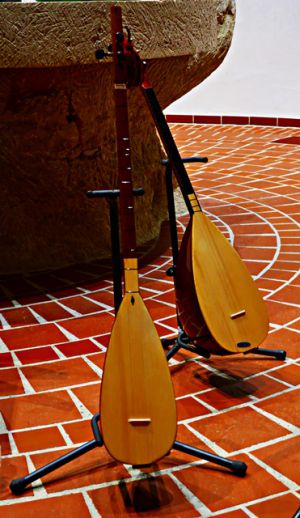