"Learning Arabic is the first thing I would do"

The VW-Foundation has recently started a series of lectures called „eye witness, translators, contemporary witness: German foreign correspondent from the 1970ies until today“ in cooperation with the Leibniz-Institut für Europäische Geschichte (IEG).

Incoming the two hosts of the evening, Bernhard Gißibl und Johannes Paulmann of IEG, are getting to the point by stating that “instead of researching on the objective it should be researching with the objective” at German Universities and institutes in the future. Together with Ulrike Freitag, director of the center for modern orient, and Thomas Aders, foreign correspondent in Cairo, the team tries to find a reasonable definition of this statement. It soon becomes obvious through the guest’s input – Ulrich Kienzle had to cancel the event because of illness – that the will to well-balanced reporting or cooperative research has its limits.

Reports stemming from German media on hot spots in the Middle East, such as from Irak, Syria or Egypt, is often controlled by monotonic choice of topic and focusses too much on politics instead of society development. Background reports are (due to shortage of time) scarce goods: “There is more being produced than shown”, says Aders. “Many times TV stations only show what happened between yesterday and today.”

Being asked about the research conditions within the Arabic countries, Freitag reports on her experience with members of the Syrian secret service: “Fortunately”, she describes, “they were quite stupid”. Unfortunately there was no chance to pose questions to the lectures’ participants. However, it became clear that there is no such thing as a well-balanced reporting even in the German media. There are definitely many interesting topics on the mind of German foreign correspondents and German researchers that could provide the TV consumer with a more realistic and more detailed picture on what is going on. However, obstacles to the career path often stand in one’s way.

Being asked what he would do if he’d granted a wish Aders answered: „What I would do is to learn Arabic acceptably“. 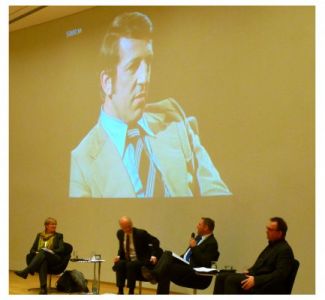 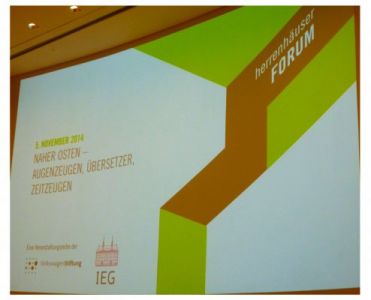