"I was the black guy among the reds"

It is “crosscultural weeks” in Brunswieck and maybe we never needed it more than nowadays in times of Pegida, Bragida and the like.

In course of a cross-cultural walk I learned a lot of interesting things from the two city guides, one with Russian and the other with Chinese roots. Also contemporary witnesses told some fascinating stories as people from more than 140 countries live in Brunswieck meanwhile. We started off at the Staatstheater and walked over to the AWO at the Steinweg, where the first contemporary witness, a war refugee from ex-Jugoslavia, disclosed his experience of his beginnings in Brunswieck twenty years ago. Most probably one can only adumbrate how it feels when you have to change from working as a federal prosecutor in your home country to an employee in an amusement hall in your “new homeland”.

From there we walked to the Christussäule on the Burgplatz and further towards the city center and finally to the former train station which hosts the savings bank by now.

The former train station, inaugurated in 1960, gave the migrant labourers a first impression of the city. There we meet another two contemporary witnesses, this time two gentlemen from Congo: Joseph Begeame und Christoph Kabambe. The two narrators came to Germany in the sixties with the help of the Carl-Duisberg-society. Together with two Germans were founded the music band “Afro Ritmo” which existed until 1973. They got to know their combatants by chance. Over a misplayed “F” their friendship began. Later on over coffee and cookies Kabambe tells us another story. He reports on his experience within a German family during christmas time. When they arrived at the family the lady of the house bursted out into tears. The two asked her what was the reason for crying. The house wife confessed that her potatoes were overcooked due to the delay of the two. The two Congolese looked at each other blankly. In their homeland, they told her, people would start cooking the moment the guest arrives as you cannot know whether the guest will come at all. Well, that is what you can learn from cross-cultural exchance:-).

Well, concerning the title of this blog entry. It is because Kabambe has been engaged in local policy for a while and has been called the black guy among the reds (SPD). 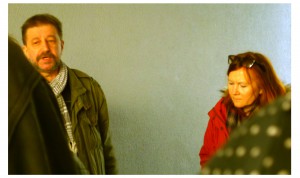 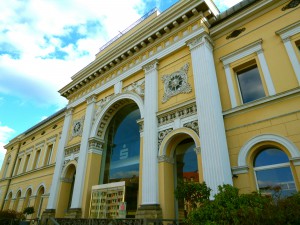 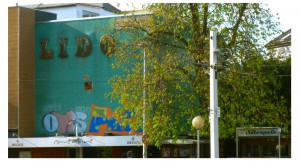 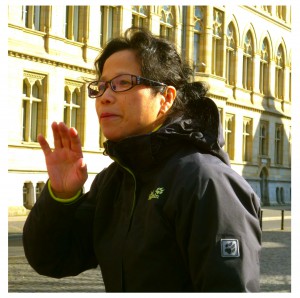