Get up your lazy bed and move into the rocks

Cliffs with partly imaginative names such as „Mouse trap“ or „Goat’s spine” are predominantly known from the Harz Mountains. The “Bodensteiner Klippen” southwesterly of Salzgitter might be less famous, though they are a real worthwhile destination. This article will tell you why it is advisable to have a good sense of direction, a gps and trousers (instead of shorts) when climbing up the sandstone rocks.

For your orientation: The Bodensteiner Klippen extend from Bodenstein to the Jägerhaus at Hainberg on a four kilometer stretch. Hainberg is mostly forested by beeches and is thus a little hiking paradise.

At the start we learn from our „hiking master“ Uwe that we do not only walk in a wonderful surrounding but also on „historical ground“. Almost 400 years ago a battle of the Thirty Year’s War took place hereabout: at “Lutter am Barenberge.” At this place, Tilly, commander of the catholic league defeated king Christian of Denmark, commander of the Lower Saxony empire in 1626.

After this history lesson we start our tour right at Bodenstein, four kilometer off Salzgitter-Ringelheim. Having left the tarmac road the adventure starts. We walk through scrub. Fortunately I was smart enough to have trousers with me that day to keep away the ticks. Walking cross-country – without any signposting of course – we reach the first rock formation. The paths are narrow and overgrown and thus create some kind of jungle feeling through which Uwe guides us safely. We are impressed by the height of the sandstone butte – we did not expect such a natural spectacle hereabout. And that was only the start.

He must come through this narrow way

We continue on intertwined trails and after some time we reach the first sandstone chain. The cliffs were looming majestically in front of us. Excited like kids we circle the geological wonders and squeeze ourselves through a narrow crevice. We pass by the so called “Geroldsklippe” and finally reach the “Jägerhaus”, a former tavern. At the Potsdamer Platz we get hold of a stamp from the collection “Nördliches HarzVorland”. After a short break we take a look at the “Hubertusgrotte”.

Patron of the hunters

The Hubertusgrotte surprises us with its details. Next to a Hubertus relief which is dedicated to the namesake hunter’s patron inscriptions can be discovered. They are said to derive from gentlemen of the high society that used to hunt hereabout. Also a sundial can be doused in the soft sandstone. Quite impressed we set out on our way back not knowing that another highlight is yet to come.

The hermit’s cabin of Günther Hamker

Just before it is getting exhausting again we come across Günther Hamker’s cabin in the woods. He has been living at the Bodensteiner Klippen for more than 50 years by now. We take a quick look on his premises but do not want to disturb him.

Sofa with a view?

We march on and reach another cliff. I wondered whether we have already seen that one. The trail ahead is quite steep. Uwe remains silent trying to talk us into a final exertion. We mobilise our cookie jar reserves. However, the motivation is still lacking because we cannot see the goal. Uwe speaks with the tongues of angels and promises remuneration to us. After initial mutiny the group meeks as a lamb and follow the tour guide.

Having reached the top we mop our brow. There is a weak “Oh” and “Ah” escaping from our lips. Yes, these are the Sofaklippen. Being thrilled we take photos as a reminder and refill our tanks. Actually there should have been another stamp – however, we did not see it.
It is just a short walk back to the parking lot. Our minds are set on coffee, cake and ice cream. We stop for a bite to eat at the farm café “Zum alten Gustav”. The name makes me smile as I call my teddy bear “Gustav”. Are these people relatives? We enjoy our remuneration and look back on a wonderful day. 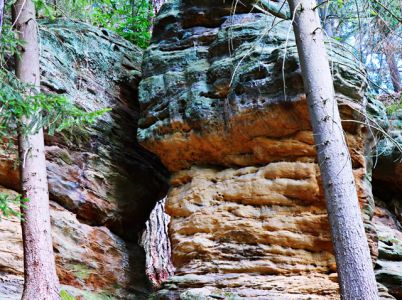 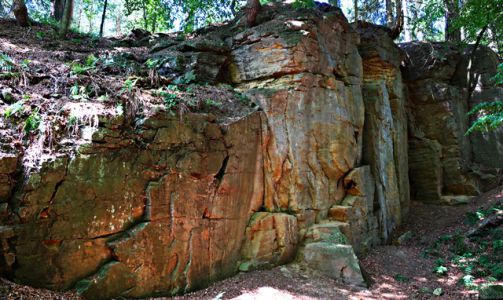 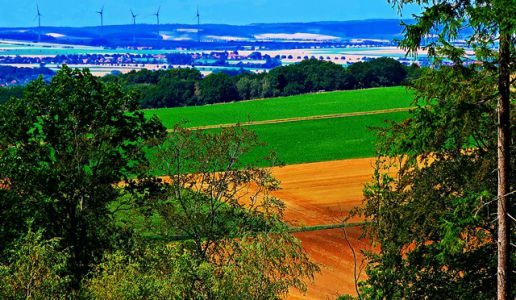 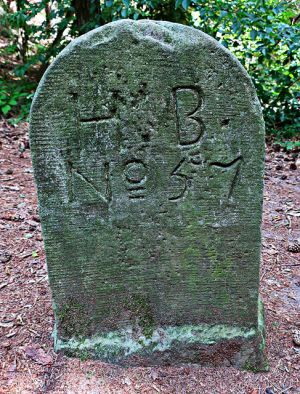 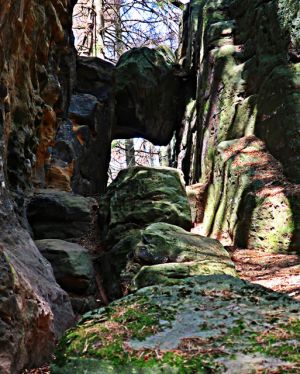 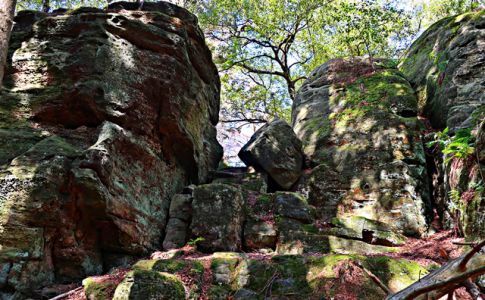 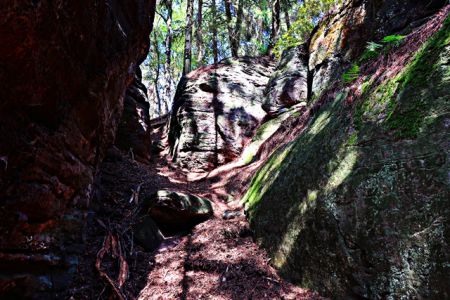 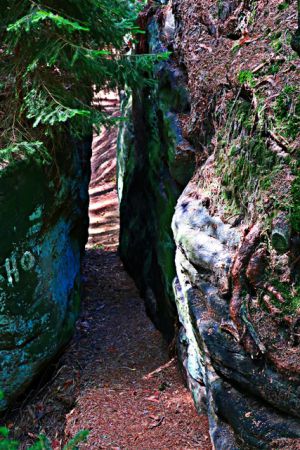 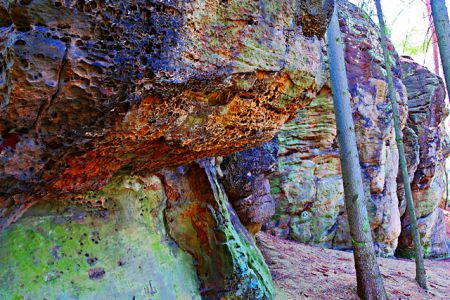 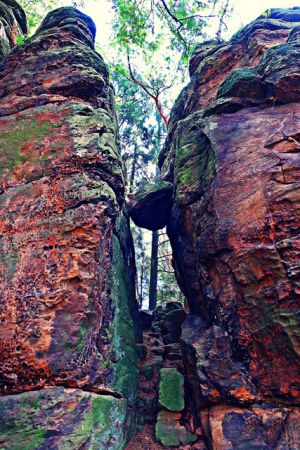 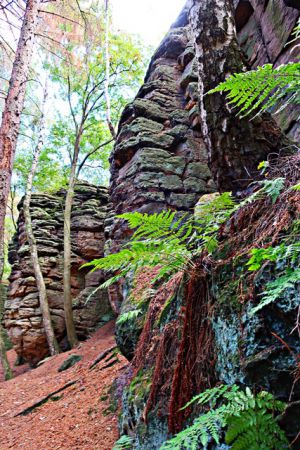 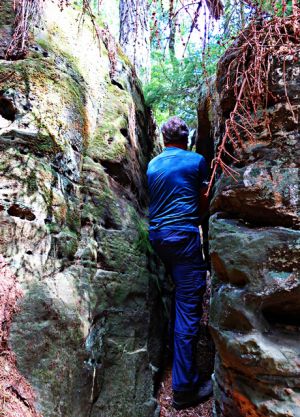 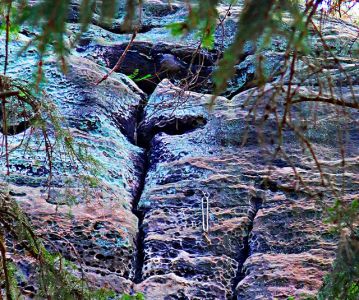 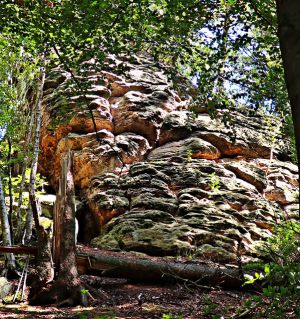 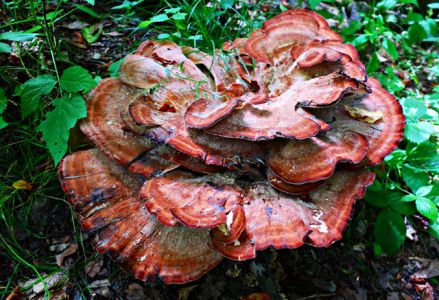 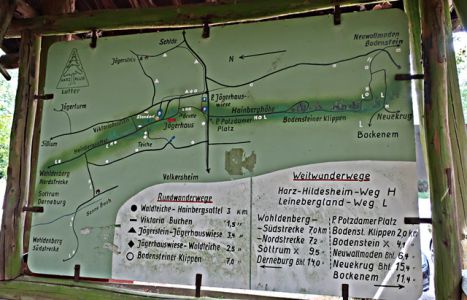 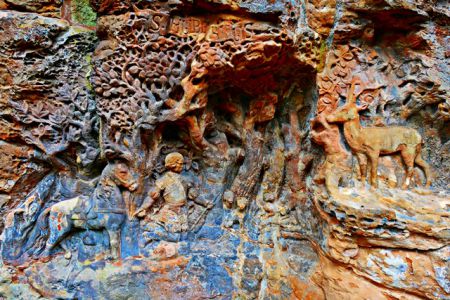 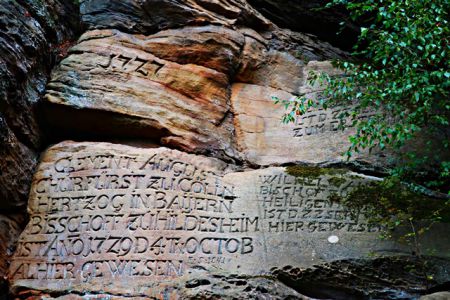 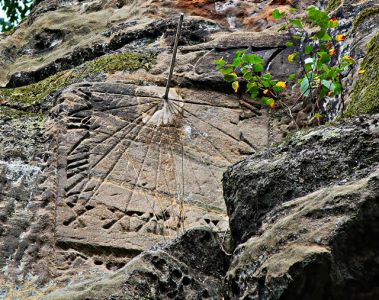 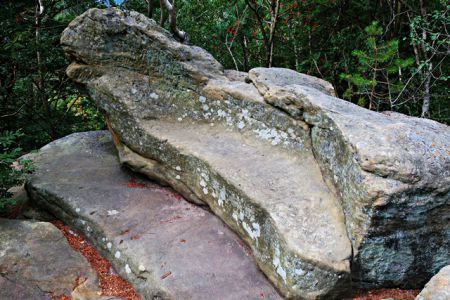 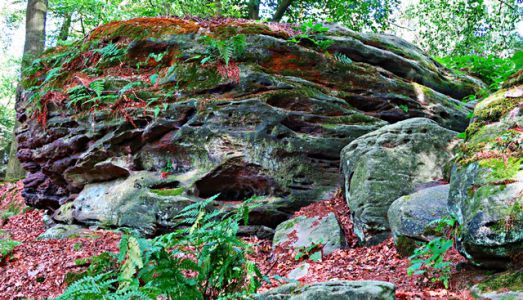 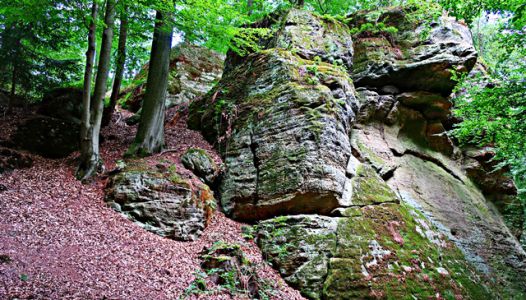 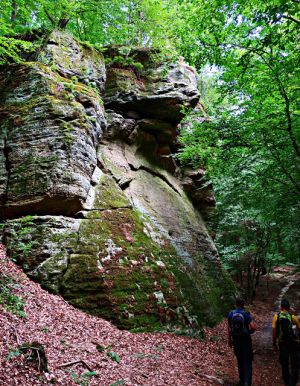 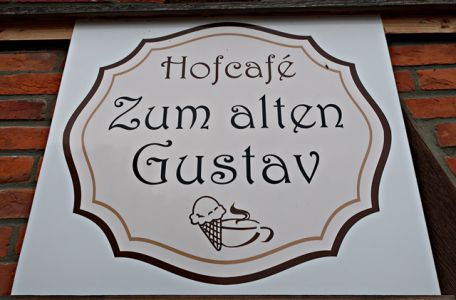