The Ith ridgeway: Between bug luck and poet romanticism

It is mystical and legendary: the ridgeway of the Ith at Coppenbrügge. But there is more to the low mountain range between Hameln and Prymont. On the one hand a lot of insects are srimmaging here. On the other hand one can enjoy poet’s romance on some benches impressing by names such as Ringelnatz, Busch Storm or words of Albert Einstein. I always intended to walk on the legendary ridgeway of the Ith, now I have finally done it. And actually I was not that much impressed by the well-known rock formations but the vivid nature life down there.

Via the devil’s kitchen to the Ithridge
We leave our car at a ramblers’ car park at Coppenbrügge, just next to the open air bath. The jump into the water on this sticky day is tempting but we are in for the Ith already. We pass by the restaurant Felsenkeller and climb up to the so called devils kitchen a rock formation. Due to the high humidity that day we are sweating already. But it could be also due to the fact that our GPS is not working at the beginning. Though the way to the Ith ridge is well signposted, nothing can go really wrong.

We arrive at the sun-soaked Ithridge. Somehow, we do not know why, we miss the rock formation “Adam and Eva”. No problem though. Our next goal is the Ithtower. The slim building stands on the Lauensteiner Kopf and is about 14 metres high. Three gliders from the club Hameln are circling around the are, we follow them for a while with our eyes.

Bug luck
We leave the monument behind. On the height of the Krüllbrink quarry I undergo a surprise. A lot of insects are scrimmaging on the wild flowers and bushes. Next to bees there are a lot of butterflies such as the peacock butterfly or the silver-washed fritillary which I really do like. I watch the creatures for a while, how they seem to play with each other and have fun.

Especially the dandelion and the thistle seem to attract insects. I like the idea that the bugs seem to be free and happy here.

Poet romanticism on benches
Close to Lauenstein we the first poet romanticism on a bench. This is some laminated printed poem hanging on a cord around the backrest of a bench. Lyrical heavyweights such as Ringelnatz, Busch or Storm are represented. I think it is a lovely idea. The poems are accompanying us for a while and make the return path diverting.

After passing by the fourteen oak trees at Stieghagen the path gets even more mystic. We walk again on trails which are pretty overgrown. I quickly pull my tick protection spray out and hope that the stuff works. Two times I am hurt by a Chines burn. We cover the final four kilometres to Coppenbrügge without any problems. Afterwards we enjoy a break at the restaurant Felsenkeller which we had already spottet on our start. Unfortunately the french fries are quite tasteless, instead the spritzer is good.

Castle Coppenbrügge
On our way back we make a side trip to castle Coppenbrügge. As the gates of the castle and the museum are closed we only take a short look around. We are hungry and need to go home as fried potatoes and chanterelles are waiting for us. 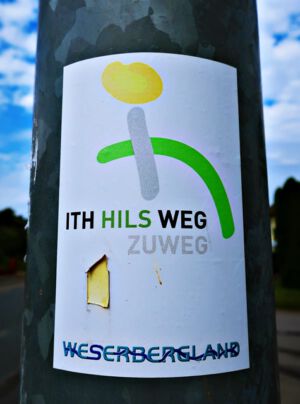 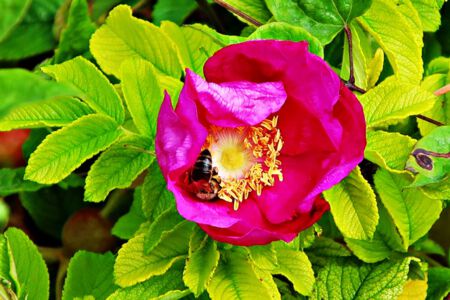 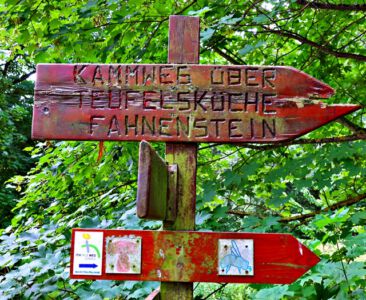 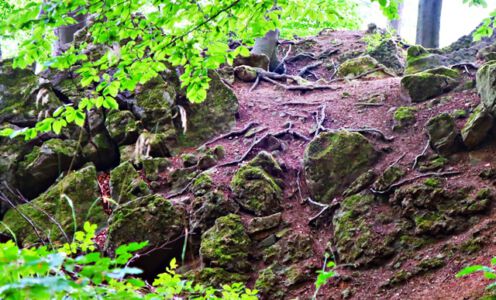 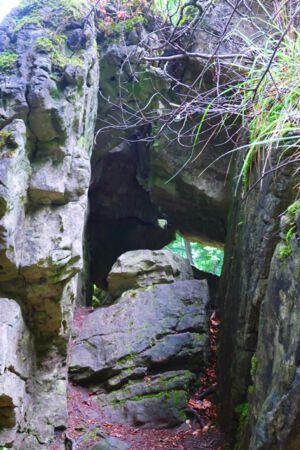 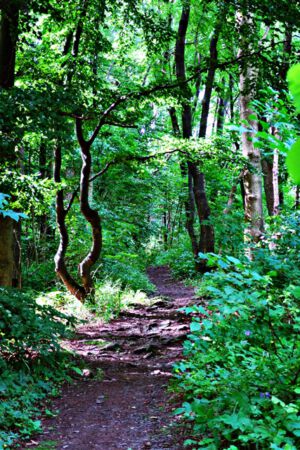 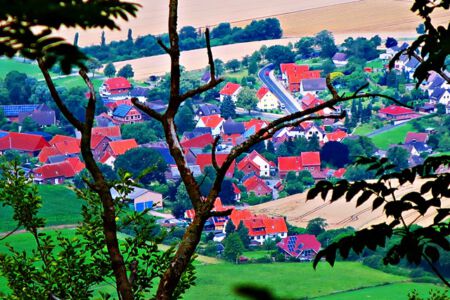 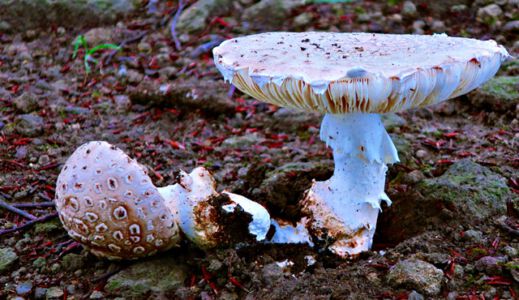 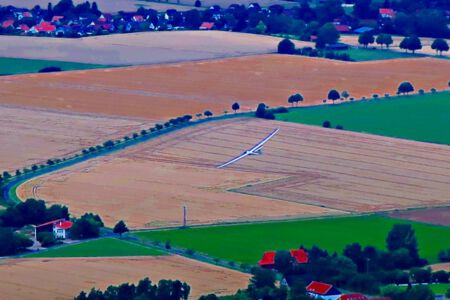 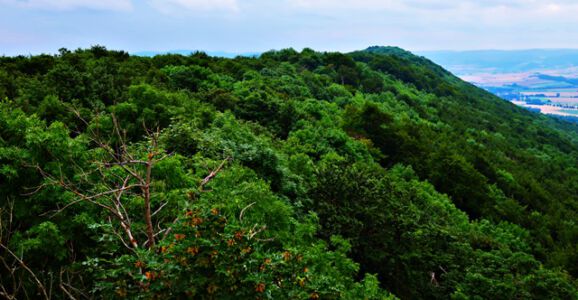 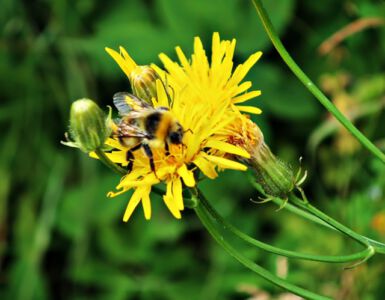 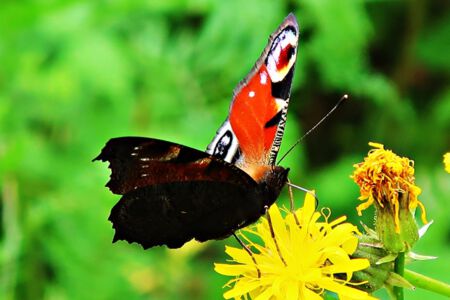 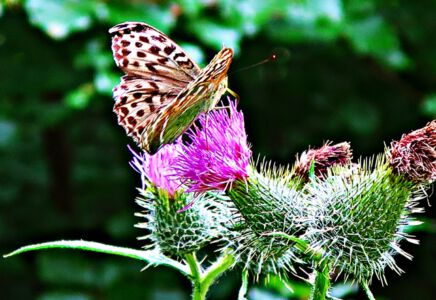 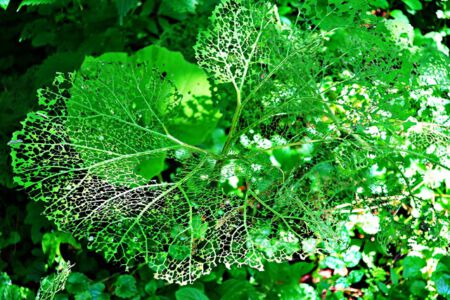 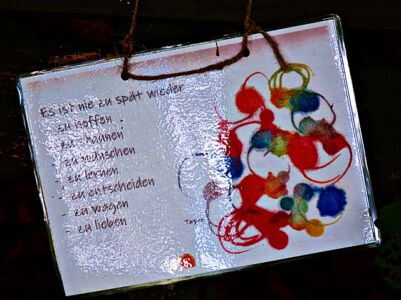 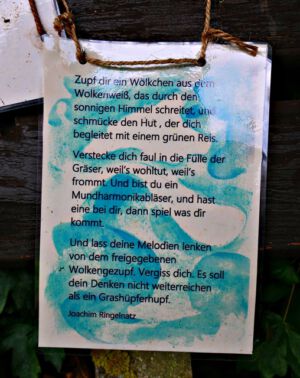 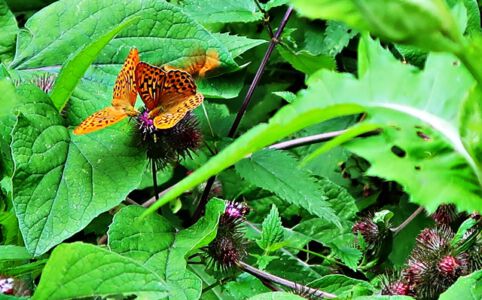 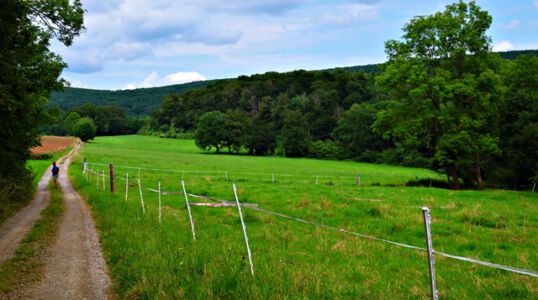 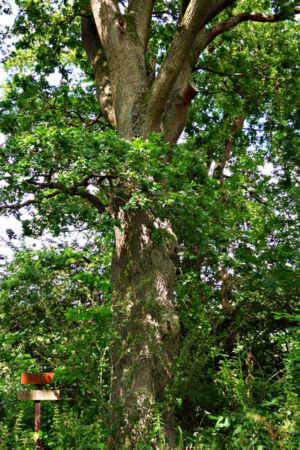 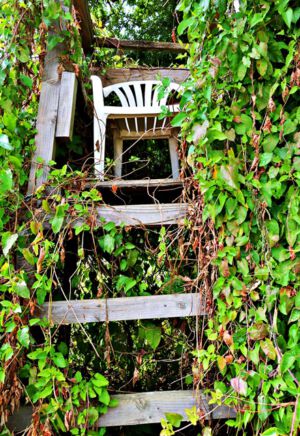 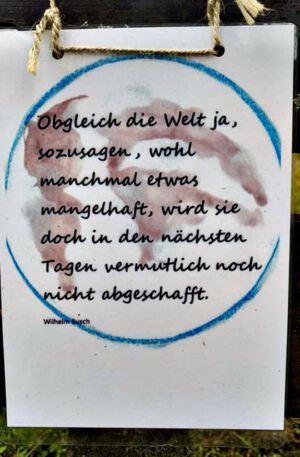 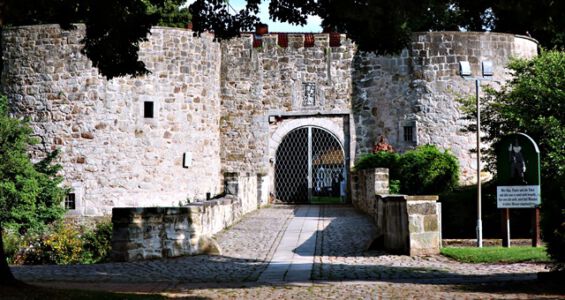 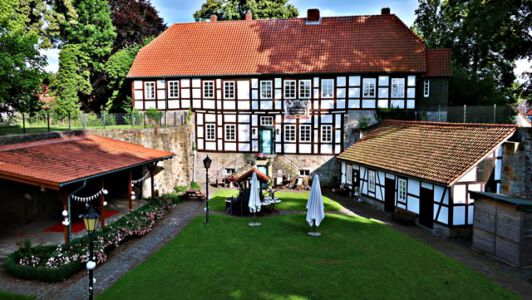 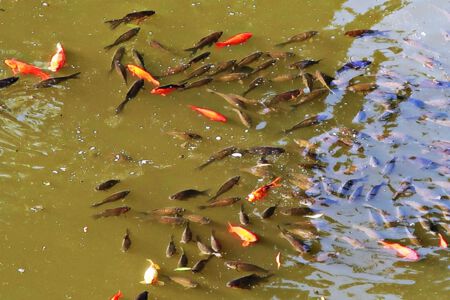 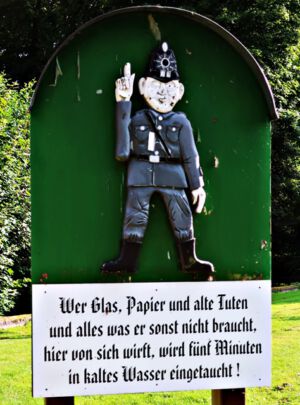