The Revolution has a female face

The cathedral of Braunschweig is scene of a political event: Olga Shparaga, philosopher and civil rights activist from Belarus is on a visit. Since her escape from her home country Shparaga lives in Berlin. Today Kathrin Reinhardt reads selected passages from the book “The revolution has a female face”, written by Belorussian. Subsequent to the reading a discussion between the book author and the foreign bishop Petra Bosse-Huber takes place. Just recently a combatant of Shparaga was sentenced to eleven years of camp detention, the opposition member Maria Kolesnikowa.

A dictator goees ballistic
For more than a year a state of emergency prevails at Belarus. Since the faked presidential elections on August 9th, 2020 the opposition of Belarus march in the streets. The most impudent action, which I can remember, is the kidnapping of a scheduled flight, arranged by the dictator Lukaschenko, which is forced to landing in Minsk. “By chance” one of Lukaschenko’s biggest opponent is on board, the journalist Roman Protassewitsch. An operation nobody would have considered possible. What is going on in his head, I can’t even guess. However he seems to be a real macho that’s what Olga Shparaga tells us tonight.

The revolution has a female face
In his macho delusion Lukaschenko could not image that women will be brave enough to revolt against him. But, that’s what Shparara says in her book, after men were arrested, first of all the young and then the elder women marched on the streets.

Olga Shparaga held lecture at the European College of Liberal Art of Minsk. She did research in many countries, such as the Czech Republic, Poland, the United States and Germany. From Belarus she fled to Vilnius and now she lives in Berlin. I am surprised how good her German is. This evening Kathrin Reinhard from the Staatstherater Braunschweig reads three passages from Shparaga’s book. As a listener one gets a rough idea on what it must be like to revolt against somebody like Lukaschenko and its state apparatus, much less go to jail.

“Until this summer we did not know each other”
Shparag’s book is also or may especially about solidarity. It is about the cohesion between women who revolt bravely against a dictator and sing lullabies to each other in prison to fight the fear. The Belarussian philosopher herself was in prison for a while. She talks about bad food that can hardly be eaten. From the days, the prisoners have to spend sitting at a table and of the neonlight that also shines at night. Despite that Shparaga makes a calm and confident impression. Her sentence “until this summer we did not know each other that is meant to express how little Belarussians cared before for each other and how much that changed during the protests, moves me.

It is this interconnectedness of the society which gives fresh impetus to the protest movement. Being asked how Belarus could develop in the next ten years, Shparaga answers that she wishes for a democratic country with a strong society and political active people. I keep my fingers crossed that this wish will come true. 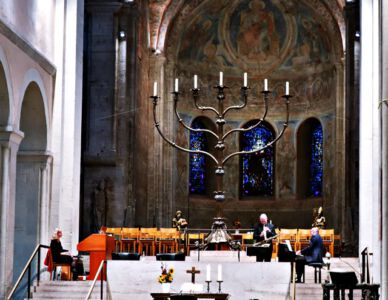 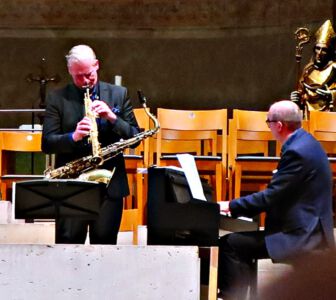