freedom as I understand it 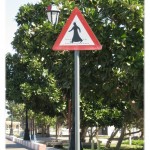 Till some weeks ago the world seemed to be so easy. Democracy, as an American legacy, lived in the Western World and was supposed to continue its triumphant success around the world with the help of the “forces of good”. Military operations such as “enduring freedom” in Afghanistan or Iraq were supposed to bring some democracy to the oppressed mulim world.

But then suddenly in January this year the unexpected happened: the north african state Tunisia, mostly known as a comparativeley cheap and sunny holiday destination of the Europeans witnesses the “Jasmin-Revolution”, dictator Ben Ali resigns. And all that comparatively peaceful and without the support of the freedom-loving West. Shortly after the downfall western politicians and experts for the region are still confident that a similar incident is not likely to happen in the neighbouring internationally more important Egypt. But the European and American “Think-tanks” are fortunately disabused. Even though it takes a little bit longer in the country on the nile Mubarak has to quit on 11.02.2011.

Not later than in the days of the Egyptian peaceful revolution it became clear what is really understood by personal freedom, of which western politicans love to speak in stump speeches. Freedom as it is understood by western politicians is stability in the first place. Stability in the region – all for a good cause. Decade-long “democratic” elements such as Hosni Mubarak or Pervez Musharraf are supported with big amounts of money in order to keep the Muslim Brothers or the Taliban at arm’s lengths. The money is often being used for the dictators own benefit or is alternatively used to oppress the population, well that probably has to enter the books as “collateral damage”.

“Time for a change has come” and what’s Mr. “Yes-we-can”‘s reaction? A week long he is hiding in his White House like paralysed just to change sides when the inevitability becomes evident. And how about Germany? In Talks-Shows they are seriously debating whether oil prices will rise and where to spent the next diving holidays. That goes against the grain for me. Instantly the fear of the Muslim Brothers is evoked. But, to be honest, who knows the real agenda of those guys anyway? Are people like Mubarak a real predictable alternative? Und above all: people in the despotically ruled north african states are revolting without giving prior notice to the West? Where the hell is the West supposed get a suitable substitute?

Careful consideration gave me the idea that distrust and shock of the West are due to something else. Isn’t it rather Obama who appears increasingly at a loss to explain US unemployment statistics running out of evil states to be blamed instead? And what will Germany be doing with all those voters who claim to have a right on cheap holidays in Tunisia or Egypt? And what is the EU supposed to do with all those African refugees if “little helpers” such as Ben Ali, Mubarak or maybe Ghaddafi are not there anymore to protect the European fortress?

There it goes the old arrangement of despotism. Now the West has to make a decision: new despots or new concepts? Rephrased: Can freedom only be what western politicans have in mind?