Corona-diary: The castles of Dornburg

I mentioned it already in my article about Jena that the castles of Dornburg are still on my to-do-list. The beautiful weather on this tuesday invited us to make this trip and visit the castle ensemble with its gardens today. And I can tell you this much by now: No matter if it’s Rokoko, Renaissance or high-medieval architecture: the so called balcony of Thuringia is something special.

The most beautiful village of the world
We are in for a surprise on our way to Dornburg because we pass by the most beautiful village of the world by his own account: Rehehausen. Well we cannot see what is so special about this place, however, the residents are already busy with their christmas decoration: two guys carrying a light arch are crossing the street right in front of us.

We transit through Camburg and reach our goal, Dornburg-Camburg, a couple of minutes later. The three castles, standing in a row next to each other, are really special. They are located on a hill high above the Saalevalley. I haven’t seen something like that before. The signposting to the place, however, is not that clear, still we make it. We find a parking spot and start our walkabout. First of all we discover the „Berghaus“, which is privately owned by now. It was built in the fifteenth century.

The balcony of Thuringia
Suddenly the first castle comes into sight. It a Renaissance castle. The balcony of the building respectively the view from it over the countryside is absolutely breathtaking. There a still some chairs placed on it, only a tangy prosecco is missing. Just dreaming – I know.

The next castle is Rokoko-style. Designed as a summer residence it has a wonderfully trimmed garden. The castle itself is painted in candy colours. The final building is the „Old Castle“, constructed in the twelth century. It marks the origin of the Dornburg castles. It was orgininally designed to host a widow, later is was used as a government building. In the twentieth century it became a school, a residence for the elderly people and finally an institute. Part of the castle is a herb garden as well as a garden for fruits and vegetables.

The very cold end
We intoxicate ourselves by the beauty of the three castles and the surrounding. It is about sunset already and it is getting cold. Very quickly we are chilled to the bone.

We take a look into the nearby church located on the market square. It holds an exhibiton of Islandic churches. There are interesting objects to see. Finally wes troll across the market square and are pleased by the christmas decoration and the colourful houses of the place. By now we are almost frozen and have to go back to our car. 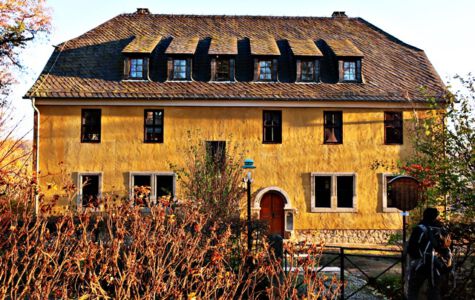 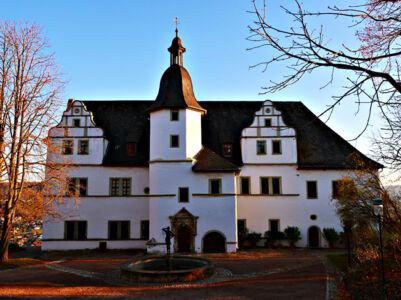 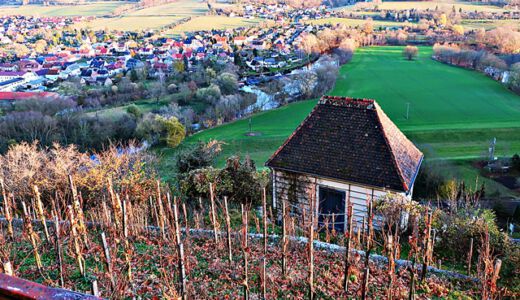 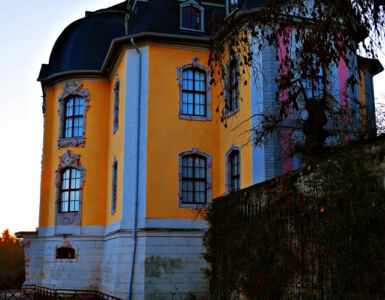 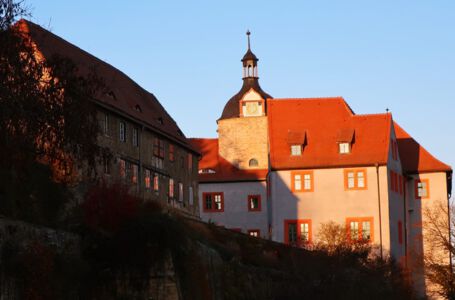 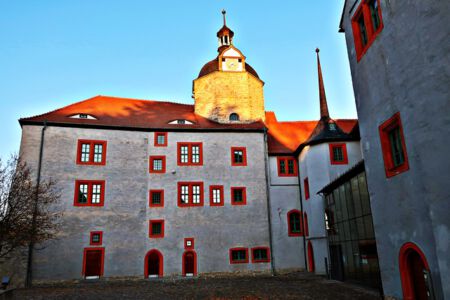 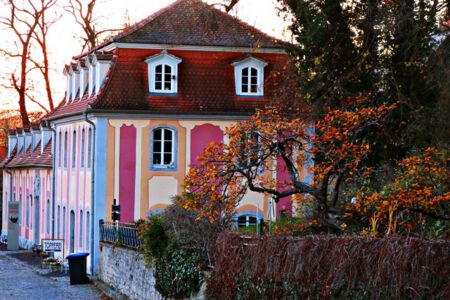 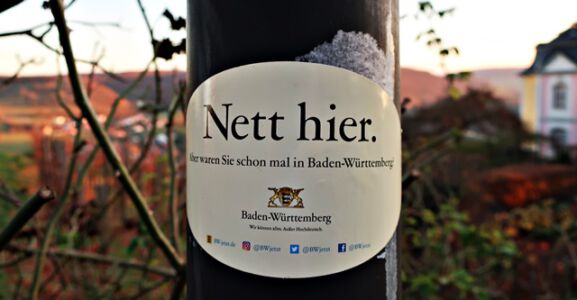 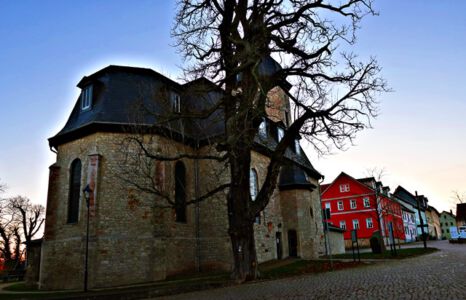 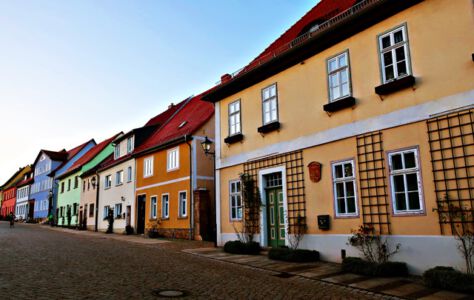