Well, I always knew how Anna Mae Bullock, aka Tina Turner, must have felt within the Nutbush City Limits. Come to Helmstedt and see it for yourself. Oh boy, I will never forget this: the day when I saw the Tina Turner poster on the Schuhstraße. It was attached to a shop-window and well there was somebody called Tina, just like me. It is not that I knew at that time who Tina Turner was but hey, she had the same wild hair as me and she seemed to be pretty cool! And there were even more similiarities: Tina has also been raised in a one-horse town and had just this one burning desire: to leave this tightass place behind. Well I could not suspect all that back then. But let me tell you this: Nutbush City Limits that’s not somewhere in the States, no, that’s right in the middle of Lower Saxony. Today, I will take you on a journey to the past and you better buckle up for this, ’cause it is going to be wild.

In my hometown
“Bochum, you are my hometown”, almost everybody knows this refrain by Herbert G. But not only the Ruhr District had its coal-mines, also the Lower Saxonians can tell you a thing or two about it. Already in 1795 the story began when open pit mining came to Helmstedt. With the foundation of the “Braunschweigischen Kohlenbergwerke” (BKB) in 1873 the whole story gained momentum. Also the nearby provincial towns of Schöningen, Wulfersdorf, Alt Büddenstedt und Runstedt became brown-coal districts. This is history by now. The era ended in 2002 in Helmstedt and in 2016 in Schöningen. Now they intend to turn the Lappwaldsee into a recreational area. Therefore the open pit mining district of Helmstedt and Wulfersdorf shall be flow coated by 2030. For the time being it takes a lot of imagination to figure out “flourishing landscapes” at this place.

However, there is one thing that really surprised me and that is that I did not take notice of this business during my childhood. Well I knew about the existence of the BKB, but that’s it. I did not know about the open pit mining, presumably because I did not know anybody working there. It is funny, I think to myself, how Corona and its limitations to liberty of action brought me back to this place and let me face history.

This sunday we start at the parking lot at the Büddenstedter Straße. From there the bicycle lane “Lappwaldsee-Route” is signposted, we use it as a hiking trail. we read about the open pit mining history at the Petersberg infopoint before reaching Büddenstedt via country roads and an awesome alley. The church tower can be seen from a distance. The architectural ensemble resembles a medieval castle complex. It reminds me of the setting from the movie “Chocolat”. Okay, I am exaggerting here.

At Büddenstedt we do not only discover the “Glück Auf Haus” but also the Ponderosa-Ranch. Wait a minute, was that not the name of the place where the Cartwrights were living back in the sixties’ series of “Bonanza”? Looks like there is somebody else dreaming of a life beyond the city limits.

Hammer and sickle
We are crossing the so called Wulfersdorfer Swiss to Hohensleben. From there it is only a stone’s throw to Sommersdorf at Saxony-Anhalt. We are leaving domestic ground. Despite some bikers there is nobody on the streets. However, a special feature is waiting for us behind a paddock: two flags are literally keeping up the good old times. We see the flag of the former Soviet Union together with the flag of the former GDR blowing in the wind. Must be a fan of city limits!

We leave Sommersdorf and walk through a parkway. The sky gets overkast, it is chilly. On top of a hill we turn to the right and walk down to Harbke our next stage. I have special memories to Harbke as well. Helmstedt and Harbke were border towns during the division of Germany. Therefore, Harbke marked the beginning of “enemy territory”. The chimneys of the coal-fired power plant seemed to be extended to the sky in a menacing way. “In case Iwan crosses the border one time, then he will attack Helmstedt at first”, they used to say at that time.

Walking on the borderline
At Harbke the nice little town hall catches our eye. We stroll a little bit through the town and ponder for some time about the former arts centre which became a hotel meanwhile. On our way back to Helmstedt we walk past the old coal-fired power plant. On the right we see the Lappwaldsee again.

At the former borderline between the two towns we spot a memorial stone symbolizing the German reunion in 1990. We are standing on a hill looking down on the Lappwaldsee once more. Can we imagine a holiday destination at this place?

We are walking along the new development district of Helmstedt. A lot of things have changed here since I left for good. On the one hand, there are at least some new streets and routings. On the other hand I am quite astonished what did not change and which hotels and shops are still there.

Don’t look back in anger
Finally I want to take a look at my former residential house. When we turn into “my” street it is disillusioning to me. The quarter did not turn for good account. Both, the house and the garden were in much better shape in the past. Now there are a lot of billboards advertising insurance or low priced number plates and so on down the road. At this place the surrounding is not that well-groomed as it used to be – that makes me sad. 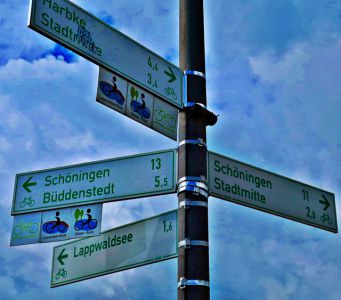 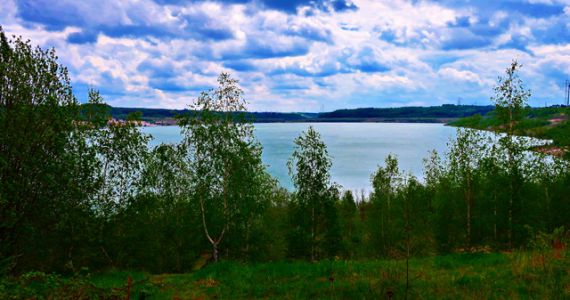 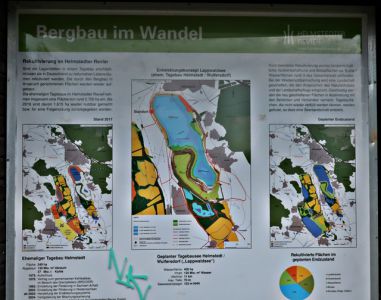 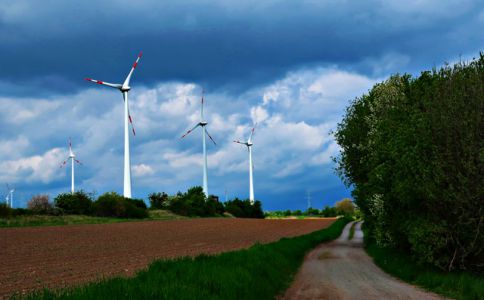 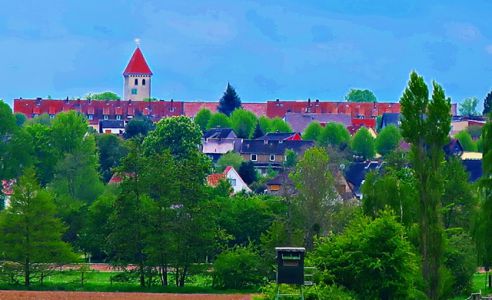 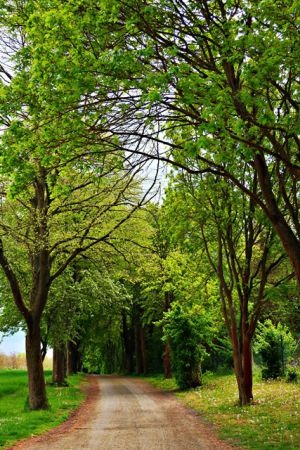 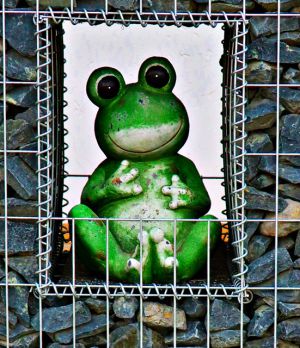 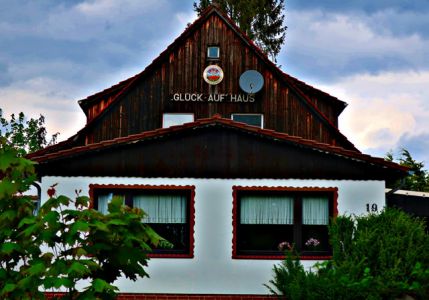 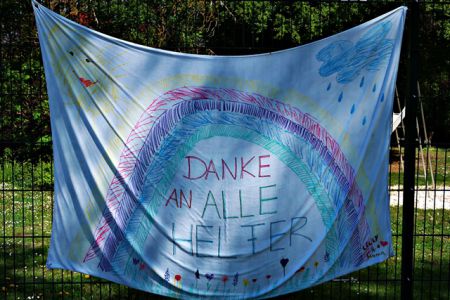 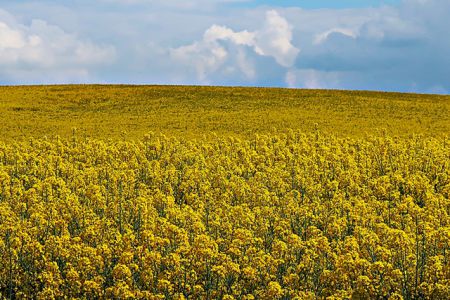 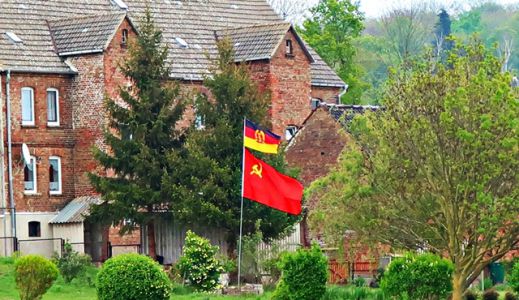 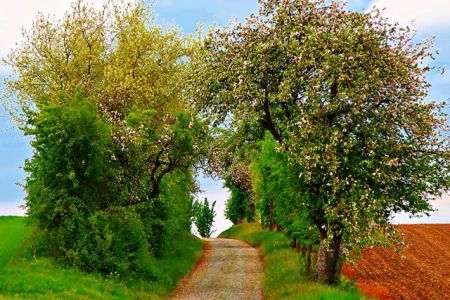 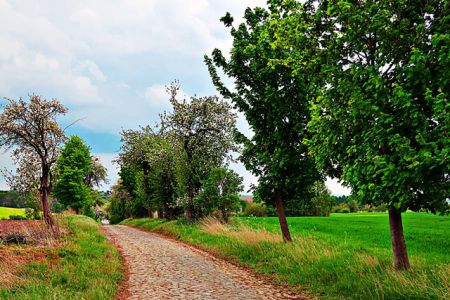 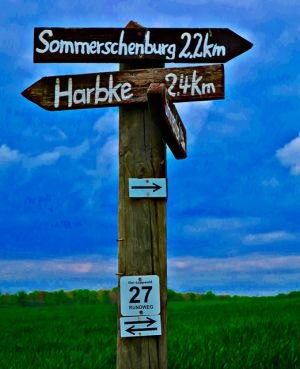 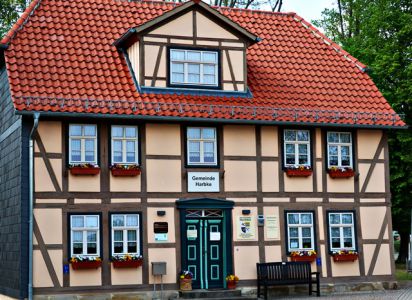 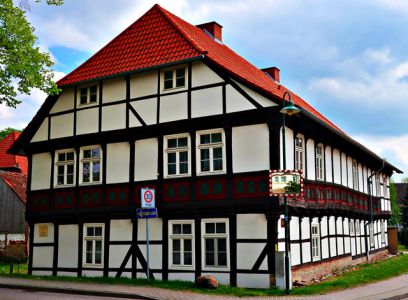 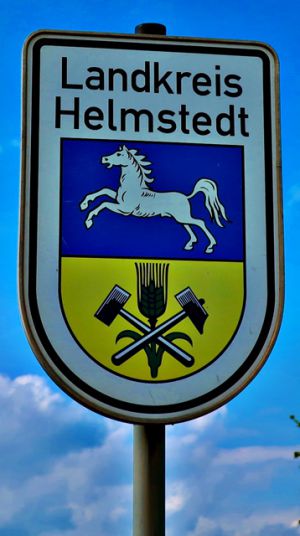 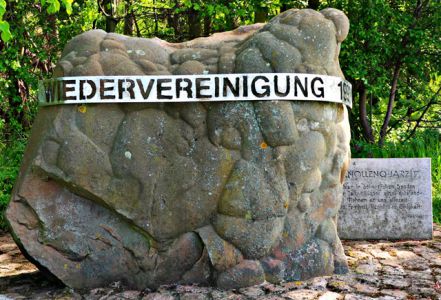