Corona-diary: panties instead of protection masks

As of late vice is given a new chance in Braunschweig: The “Löwen-Play” located on the Berliner Straße has plans for the opening of a brothel on its second floor. I had not heard of this project so far. Yesterday I was confronted with the fears and resistance of the adjacent residents manifested as posters and banner. I came across the protest on my way from Braunschweig to Wolfsburg by bike. Close to the establishment scheduled there is a supposed elementary school. Does this mean that it is “panties instead of protection masks?” within Braunschweig’s educational institutions in the near future?

There is a beer hall in Braunschweig…
The whole scene instantly reminds me of the big hit of the Spider Murphy Gang: “Skandal at the off-limits area.” According to the wooden guideposts errected by the residents there must me schools and a playground nearby the planned brothel. But what is behind the protest? Whether you like it or not: prostitution is part of our world. Sure, you can avoid to be bothered with the topic by exiling such establishments to the surburbs or to certain quarters. At least you can play as if such business do not exist at all. However this is a fact: market acts work according to supply and demand. I.e. if there were be no a demand for such a service prostitution would not exist. Not for nothing this service is called the oldest profession in the world. Sure if you ask your fellow male citizens whether they make use of such services of course they would all deny.

Therefore are we talking about a lower class’ and outsider’s problem? I don’t think so. According to studies the average customer of whores is the “normal guy”: Almost one fifth of all men visited a slut once. Does not sound to me like an outsider’s business. Also adultery is not exception here: i.e. married guys are among the regular visitors as well. I wonder is it then a problem of double standards such as: “I know that prostitution exists but I do not want to be confronted with it so I can ignore the whole dirty business?”

Well, my guess is, it is worth to reflect the whole situation for once, no matter whether you like it or not.

The moated castle of Wendhausen
After this unexpected encounter I concentrate again on my “green tour” to Wolfsburg. I reach first Volkmarode then follow the signs to Dibbesdorf. From there I was bound to bike to Wendhausen. Unfortunately I cannot find any signs anymore. Thus I follow my instincts and take the Wendhäuser Weg. A forthcomming cyclists confirms my guess, I am on the right track. But how to proceed? I am looking for the country road to Groß Brunsrode.

Unfortunately nobody seems to know that village. By chance I come across a brown signposting that leads me to the moated castle of Wendhausen. How nice. I take a look around and encounter two guys taking a walk. They have not heard of Groß Brunsrode either but their guess is I could ride through the forest somehow. Well, that does not sound tempting to me. I chose the bicycle path nearbye the highway to Lehre instead.

Lehre is more familiar to me. Via another country road I finally reach Groß Brunsrode. There again I come across some signposting telling me the way to Wolfsburg. I continue via Klein Brunsrode and Ehmen. Regrettably there is not cycle path so I have to take the road. From Ehmen I cycle to Fallersleben. I decide to take a look at the old part of the town.

Of mansions and glass palaces
I continue to Wolfsburg. I cross a beautiful park and reach the city limits of the industrial city. Up on a small hill I have my lunch break and wonder what to do next. I am not really keen on visiting the city centre but I am interested in the castle located at the tiny historic centre. On my way I pass by the signs of modernity such as the art museum, the VfL stadium and the Autostadt. The city seems hectic and loud to me but suddenly I indulge myself into the calm and idyll of the castle. Both, the castle and the palace garden appealed to me on my last visit years ago.

Insignia of power
In order to return to Fallersleben I have to pass by the insignia of power, the headquarter of the car company VW. The four clinker chimneys of the factory are symbols of power to me. The modern part of the city is heavily influenced by automobile manufacturer and its extension (Autostadt, Phaeno etc.). I pass by the ample parking lots in front of the site and check up the workers coming from their shift. I am looking forward to my contemplative way back. I cycle through Fallersleben again, pass by Ehmen, Klein Brunsrode and Groß Brunsrode. Oops, there it is: the sign to Wendhausen.

Nature reserve at Groß Brunsrode
I follow the signs. At a junction I ask locals for directions. They tell me to go on and keep left all the time. I reach the forest and a nature reserve called Otte-Teich. It is a nice place for a break. I take a look around and enjoy the calm and the nice view.

On my way I see a cyclists. I one again ask for directions. He confirms the statements of my previous informants. He tells me to keep right and leave the forest after the next curve to the left. I follow the directions. I am back at Lehre. From there it is easy to reach Wendhausen again and return via Dibbesdorf and Volkmarode. The “green trail” to Wolfsburg is nice and woth the ride. 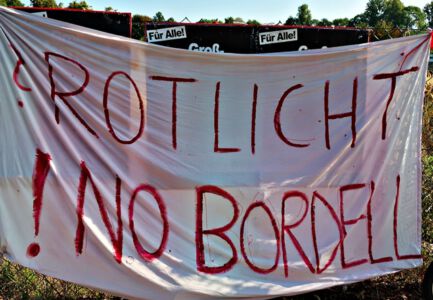 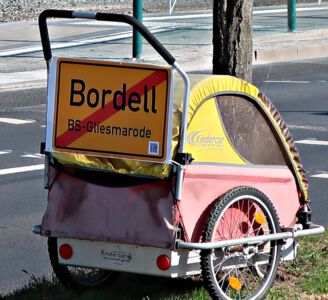 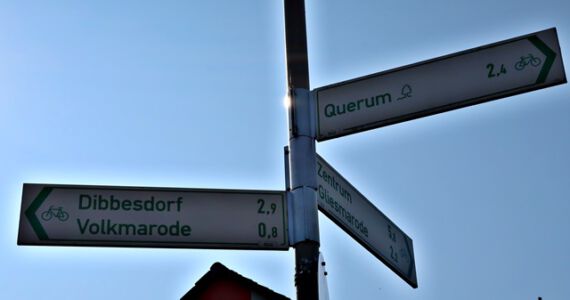 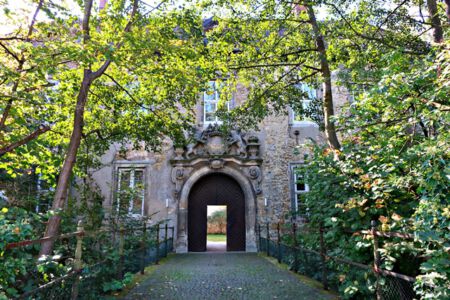 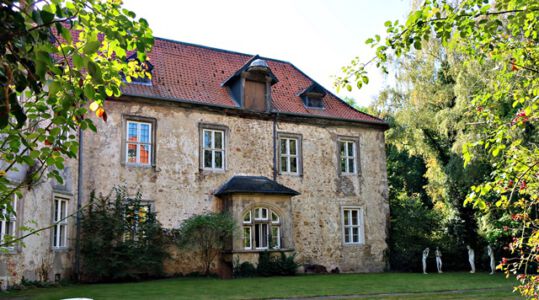 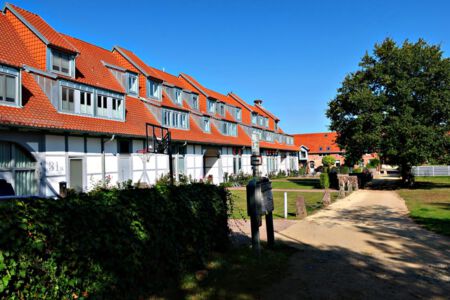 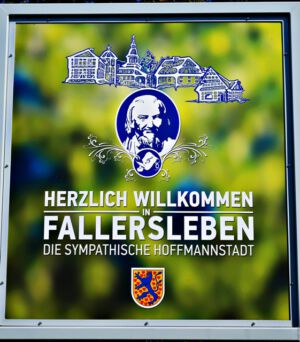 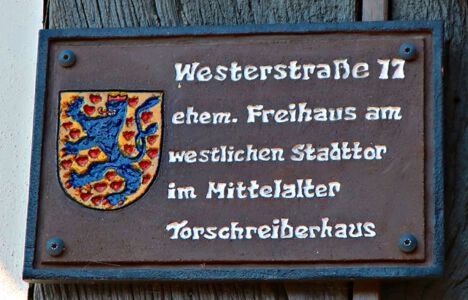 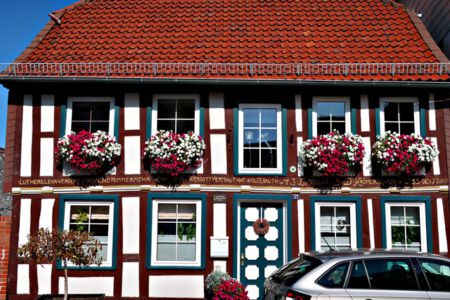 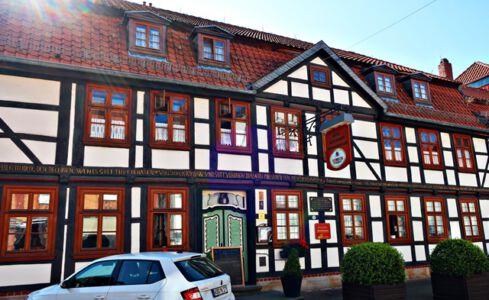 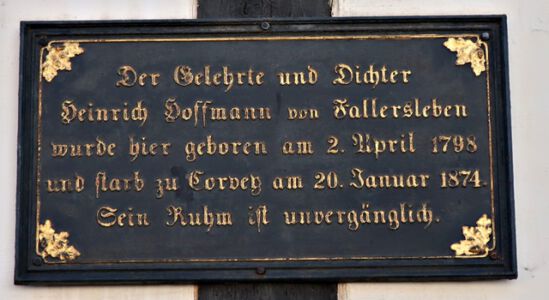 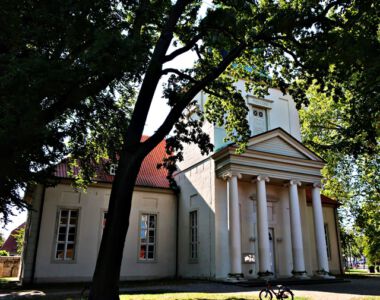 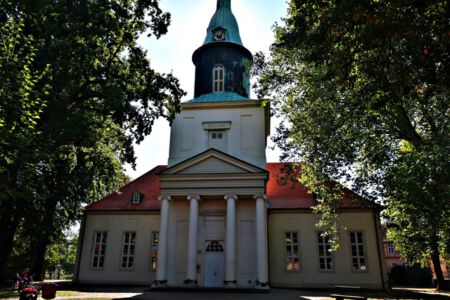 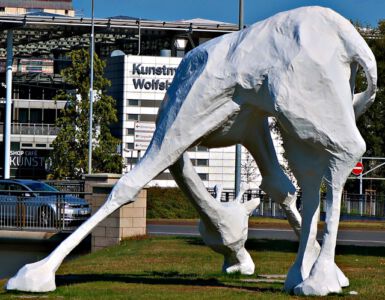 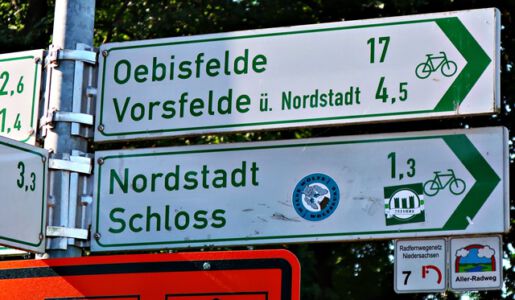 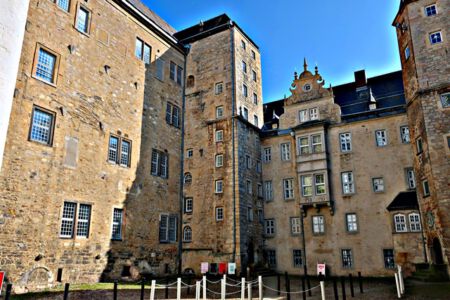 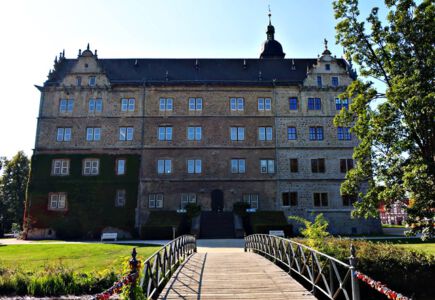 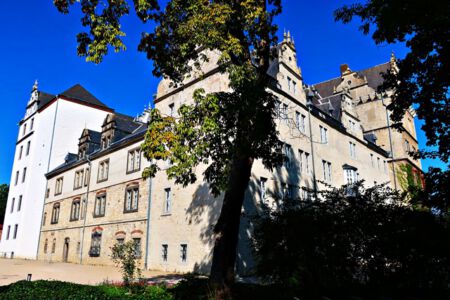 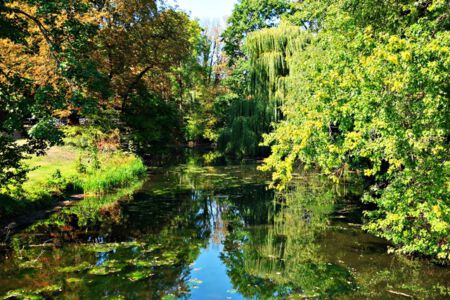 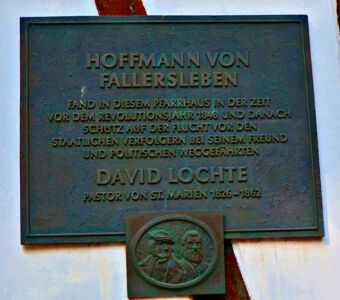 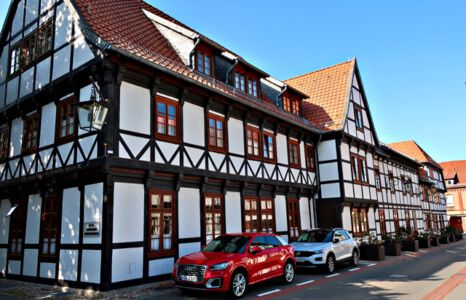 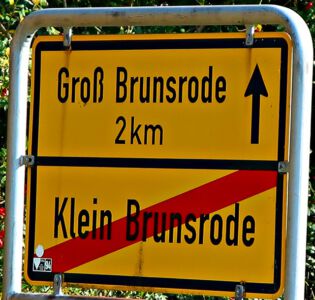 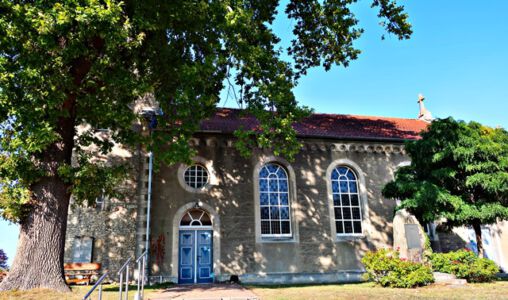 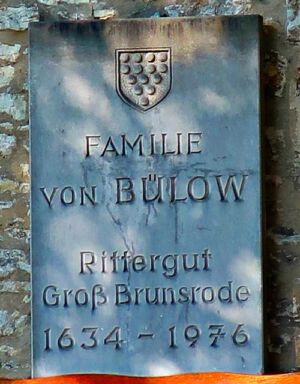 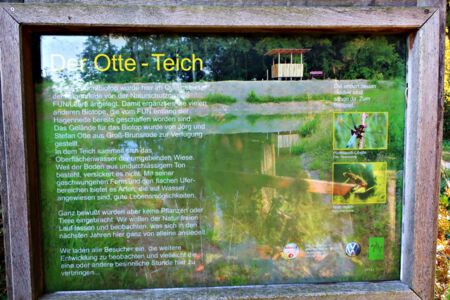 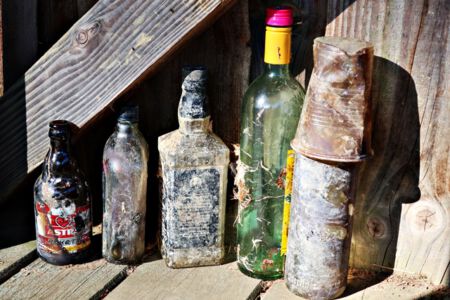 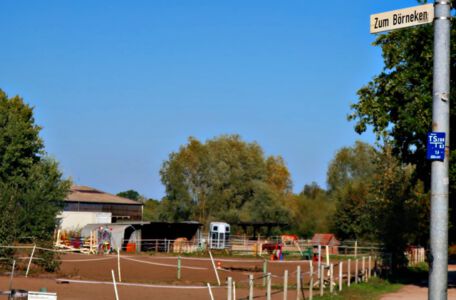