Corona diary: My trip into the past

It happened last tuesday: Enjoying marvelous summer weather I get on the train to Helmstedt setting out for my long planned trip into the past. There is both in me, anticipation and inner tension of what’s to come. By then I cannot sense that I will be returning that afternoon having caught up with the present. In between I come across well-known things but also encounter some surprises.

Being hailed by the Berlin Bear
At the station’s exit, or to be more precisely, at the staircase leading to the city centre, the “little” Berlin bear greats me. Well, I can hardly believe that this bronze statue is still here. I guess it used to be a symbol for the devision of Berlin and I also remember that at that time a lot of “Berliners” had a holiday home in Bad Helmstedt that used to be a popular weekend destination back then.

Encounter with the past
I start my visit with a round trip inspecting important stations of my childhood: my parent’s house, the flat of my grandma, the cemetery, my kindergarden, my primary school, my secondary school and finally the grammar school I graduated from. I realize that I experienced sizes and distances in a different way when I was a kid. The park behind our house seemed to be much bigger and the walk to my grandma’s flat seemed to be much longer. I also noticed that even if traffic routeing might have been adjusted in some places and some new residential areas might have been added apart from that nothing much has changed. I still recognize everything after 20 years of abstinence.

New bicycle and hiking trails
I follow a road that leads to an recreational area. I used to ride my bike or jog here. In between the place contains cycle paths to Brunswick, the Lappwaldsee or to Schöningen. Also the “Vier-Wälder-Wanderweg” (RW 4) starts here. I enjoy the calm and take a little tour to the Lappwaldsee. From there I walk to the cemetery of St. Stephani. Once again it feels like time has been standing still. I take the Beendorfer Straße to reach my fromer grammar school. I can hardly believe it, the old sports ground still look the same!

Latvia calling
I am thinking of my next destination when my mobile rings. It’s my brother – a perfect match. We exchange memories from the past and I am once again surprised how different our perceptions on occurances are. We agree on the fact that Helmstedt might have never been a “hot spot” in its own right but it is an idyllic and stressless place after all. I realize a kind of melancholy in me longing for peace of mind. It lasts only for a moment. Then I realize that it is already afternoon and I still have some items on my list.

My next destination is my former primary school. On my way I make a stop at the renovated Ludgerihof. The Ludgerihof is a former cloister. It used to be a ruin in my younger days and most of the time the ground was closed. At least a lot has changed here.

The New Number One
Via Ostendorf with its beautiful fram houses and the Magdeburger Straße I reach the “Papenberg” and thus the “pub district” of Helmstedt. And oops, there it is, the hot spot of my younger years: The club “Number One” (now: The New Number One). Back then access was limited to guests at the age of 18 years or over. So, if you could manage to pass the doorman on a saturday night at the age of 17 that would have made your day. Not to mention the mandatory predrinking at the bistro on the other side.

Beyond Papenberg at the Beguinenstraße I spend a visit to my former kindergarden and the church of St. Stephani, the place where I was baptised and where I had my confirmation. From there I walk to the Holzberg and get down to the nitty-gitty: the pedestrian zone of the city.

Around the Juleum
At first I just graze the Neumärker Straße and have a look at the market place. There I espy the oldest living and business house of the city. I am amazed, not only because of the hustle and bustle on the square with its cafés and outdoor seats but also about the boards attached to some houses giving information on its historical meaning. Did they already exist in my childhood? I don’t think so. It is also striking how many of them have been renovated in the meantime. This area used to be a low-income neighbourhood.

This is where I start to discover something new: the so called houses of professors. I guess they already existed in my childhood but I did not take notice of them. Well, I think to myself, there is more to my home town than expected. Of course I knew that Helmstedt used to be a university town but I did not know that it used to be a Hanseatic city too. At that moment I kind of rediscover Helmstedt. I suddenly realize how time flies and there is still so much to do.

I arrive at Collegienplatz and thus reach the most prominent historical highlight of the city: the Juleum. It is the oldesst university auditorium of Nort-West Germany. Opposite the building used to be my secondary school which is now the adult education centre. I take the Stobenstraße back to the Neumärker. Here I come across two more symbols of the city. The official one is the “Hausmannsturm”, where the “Hausmann” used to live who either warned the citizens of fire or made music.

Where the in-crowd meets
The second symbol of the Neumärker, even though it is not an official one, is the confectionery Förster, an establishment. Whoever had self-respect in the nineties associated there or bought cake for his guests. And I have to admit that both, the semi frozen Grillage cake and the lemon omelette were sheer poetry.

Rather informal with home-style cooking was Heinz’ place, the hot and cold diner at the Gröpern. There was nothing better than double dose of chips with ketchup and mayo after visiting an indoor swimming pool.

Reason to return
Time is up and thus I conclude my visit with a stroll over the Battriewall towards the train station. Unfortunately I did not have time for two more things: a walkabout on Helmstedt’s historical city walls – a tour I’d love to take often and with pleasure in the past. The other thing is the “Waldbad Birkerteich”, a really nice open air swimming pool in a gorgeous surrounding. Well, I guess that means that I have to return one day. 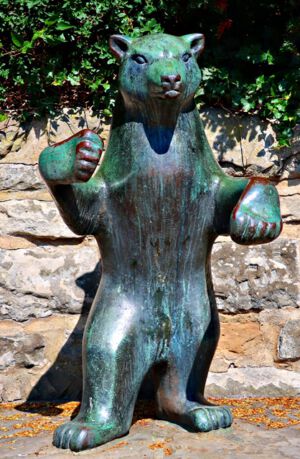 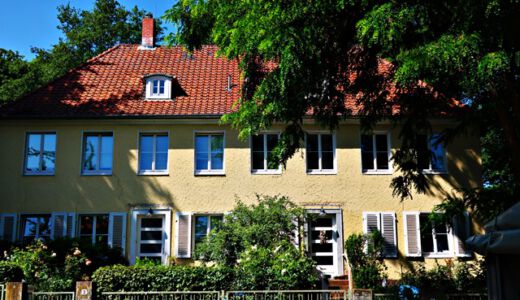 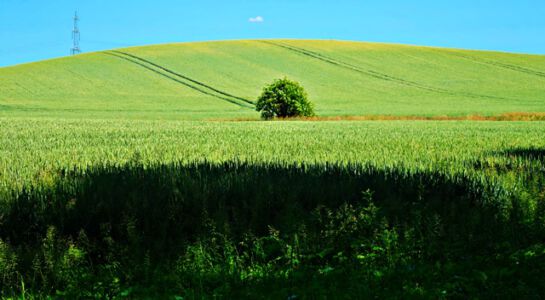 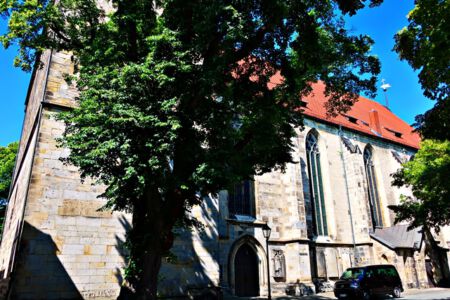 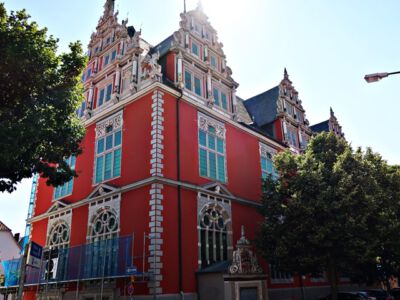 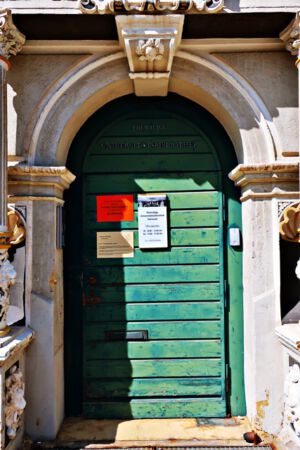 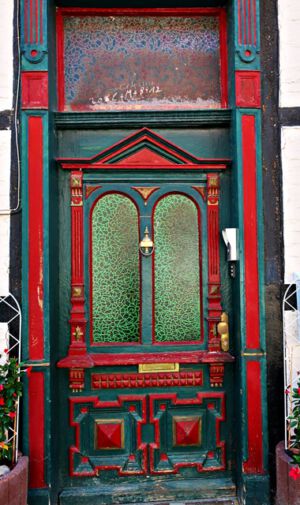