Braunlage: A day out of time

Winter can be fun too. Whereas snow in the city can be a pain in the ass, the icing sugar white substance can be dreamlike under a blue sky and in the great outdoors. That’s what we witnessed last Sunday in Braunlage. But watch out: whoever is mad enough to go to the Harz mountains at the weekend when blue skies, snow and sun are forecasted definitely needs to be hard-bitten. Plus, what the city of Cairo and a trip to the Harz mountains have in common I will tell you in this story.

Walking pace at the Torfhaus

Early morning we took the public transport from Brunswieck to Bad Harzburg. We expected the bus from Bad Harzburg to Braunlage to be a needle’s eyes. We were sure that the travelling time would exceed the normal thirty minutes. However, already the bus entrance was packed and made it a little bit dangers to squeeze in. Everybody wanted badly to get on board and was afraid not to make it in face of the crowd standing at the bus stop.

During the bus ride we realized how bad it really was: a sea of cars was pressing through the place. At Torfhaus cars were parking right on the street, a fact that forced other travelers to move at walking pace.

From mid-station on a winter’s tale

Having arrived in Braunlage cars were downrightly piling up on the parking lot the ice arena (the place where the cable car stop is). That concerned people waiting to catch the cable car as well as the cars trying to park somewhere. Man, how lucky we were to hike on top of the Wurmberg. In fact the first part of the ascent was not easy because we had to share the walking path with sledgers but finally we made it to the mid-station. That’s the place where the wheat separates from the chaff. The remaining path on top of the mountain lead through almost untouched nature and was almost deserted.

Having reached the top we allowed ourselves some rest at the Wurmberg-Alm. Sure, this place was packed as well – however the landlord was quite organized, so we easily got a seat. Our way back led us at first along the former ski-jump of the Wurmberg. At that spot they currently still building “the next big thing”, the Wurmberg-tower. The descend from there is quite adventurous in winter as the steps are rather slippery. However, everything went well.

„In Cairo double the people would have fit in!”

Back in Braunlage here we went again. Excepting that the bus would be packed one more and might need more time than normal to go back to Bad Harzburg we were caught napping! Our plan was to take an early bus back to Bad Harzburg, have a coffee over there and than take the train back home. Well, it did not really work out that way. Waiting at the bus station we overheard a conversation between two other passengers. One of them said that three buses have already failed to show up at the stop. Great! We were waiting there in vain for some fourty minutes until a replacement vehicle showed up – crowded already. People waiting at the bus station were already getting nervous as dawning started and it becomes pretty cold therefore.

Stepping on the bus I get only just hold of a seat. At the next stop the interior of the bus gets really jammed! We are moving at walking pace from stop to stop. The caravan of return passengers has set in motion. And it is once again the parking offenders at the roadside who are in our way. I cannot understand why municipality does not arrange for a park-and-ride system. The bus gets more and more crowded. We are surprised that new people still fit in. Well, just until one of the passengers requests the others to move up. “In Cairo” he says out loud,” double the people would have fit in!” I have to chuckle. Everybody who has ever been to Cairo will understand what he was talking about.

My conclusion: Despite all obstacles we had to face that day we spent some wonderful time within the winter wonderland Harz mountains. 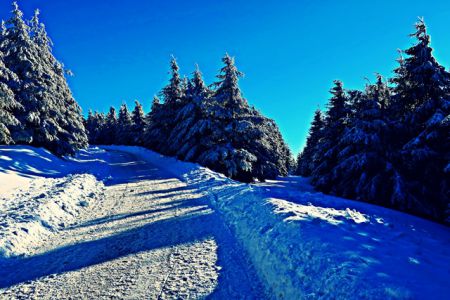 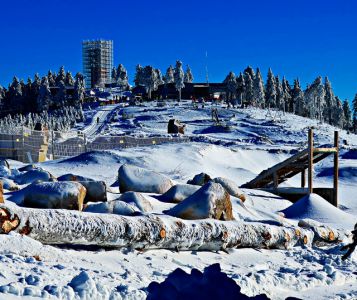 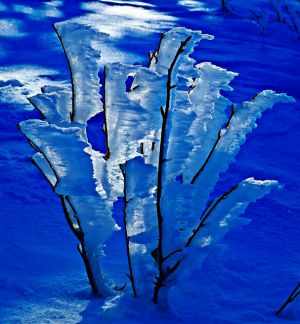 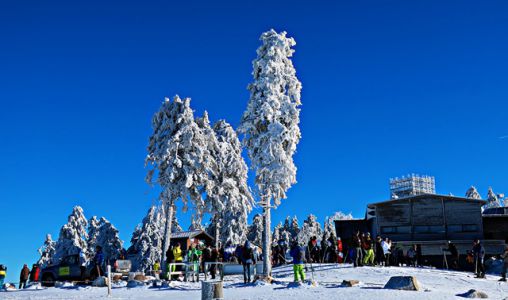